On the Sunday before the storm hit, the packed parking lot of the Shoprite supermarket was a clue you didn’t understand. Inside, the store was filled with shoppers in a hurry, in a scurry, moving quickly from produce to dairy, up and down aisles of cereal and pasta, parents with less patience than normal, telling children to just put the (expletive) cookies in the basket so they could finish. The only other time you had seen a store like this was the afternoon of 9/11, the day after the movers delivered your things as part of a cross-country job transfer, when bomber jets protected the air space and those who could stocked up on water and canned goods and peanut butter, in case it was war. But months later on the day before the sky dropped feet of snow, you didn’t understand the hysteria. What’s wrong with these people? you wondered. Since you still had your California license plates, neighbors may have assumed you had a rookie’s indifference but you’d grown up in Montana, trudged to elementary school in the moon boots your mom made you wear. It’s just snow, people, you thought as you reached for a cranberry bread baking mix. But it wasn’t just snow. The wintery mix shellacked New York City and its boroughs and bergs and suburbs, a wrench made of ice thrown into the cogs of life, bringing everything to a halt until plows had time to clear streets. That was a tough time in your life—trapped by your choices—alone, lonely, always anxious about your job, always depressed by unmet expectations. Maybe that’s when the unraveling began, when you started writing again, asking yourself who you were and what you really wanted. When you called your mom to talk about the weather, she said she always liked those days when it made more sense to stay home, a forced pause, reason to slow. Then, thirteen years later, after many moves and job changes, when you were returning home to California after attending a two-week writing residency as part of your MFA program, you snapped aerial shots of frozen farmland somewhere over the Midwestern United States, struck by the look of frozen crop circles and patterns that emerged. In Mr. Lane’s 9th grade geometry class, you learned formulas for figuring area and circumference of geometric shapes. But when viewed from ten thousand feet, the frozen ground didn’t ask to be figured. Instead, it seemed to convey the same message you heard during the storm in New Jersey, the comfort of a mother recommending calm, the wisdom of an Earth that understands seasons, that understands that Springtime needs Winter’s melt. As you took one photo, then another, you could almost hear the cold soil as it whispered into the wind, “Be still. You must wait now.” 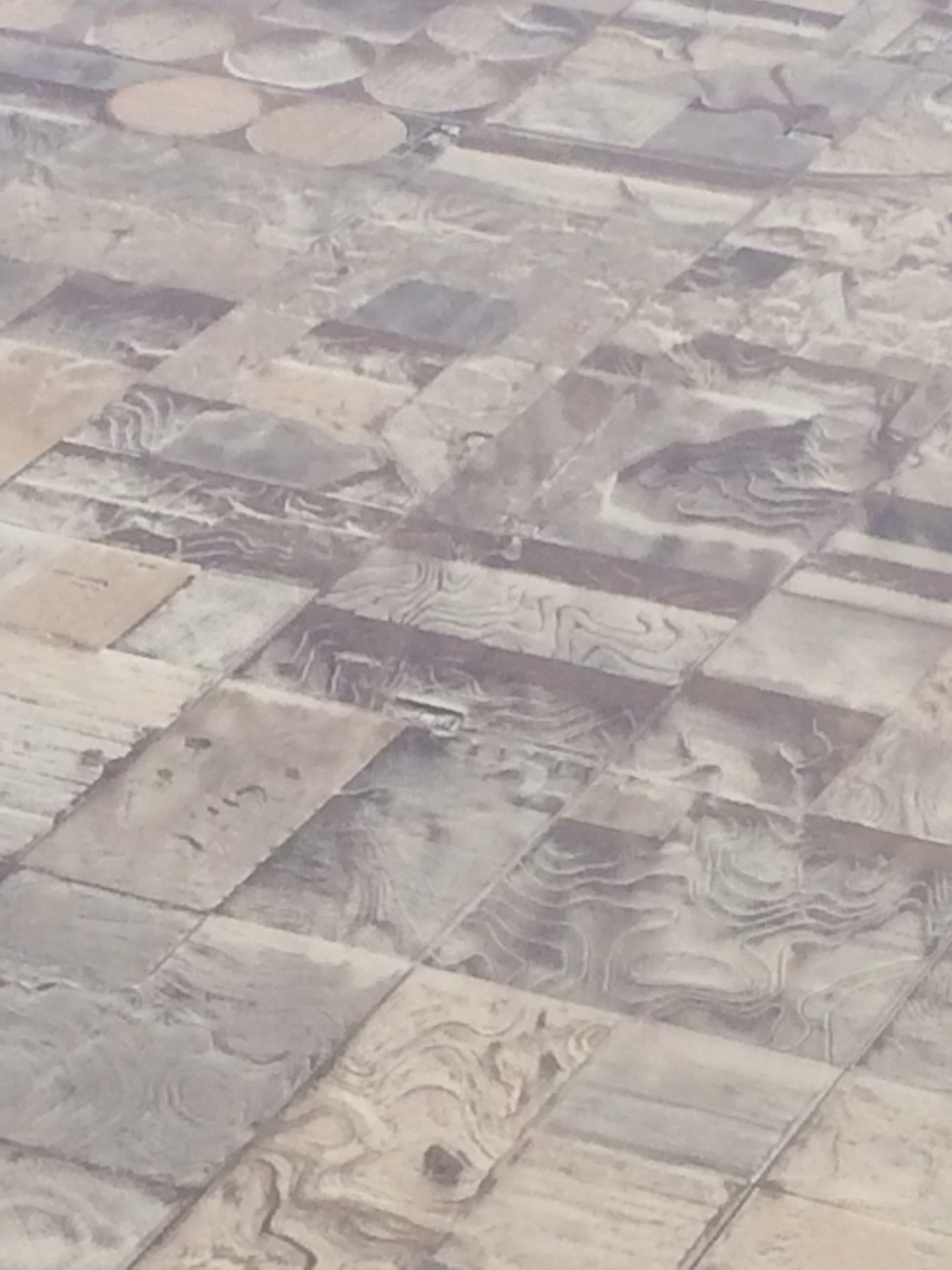 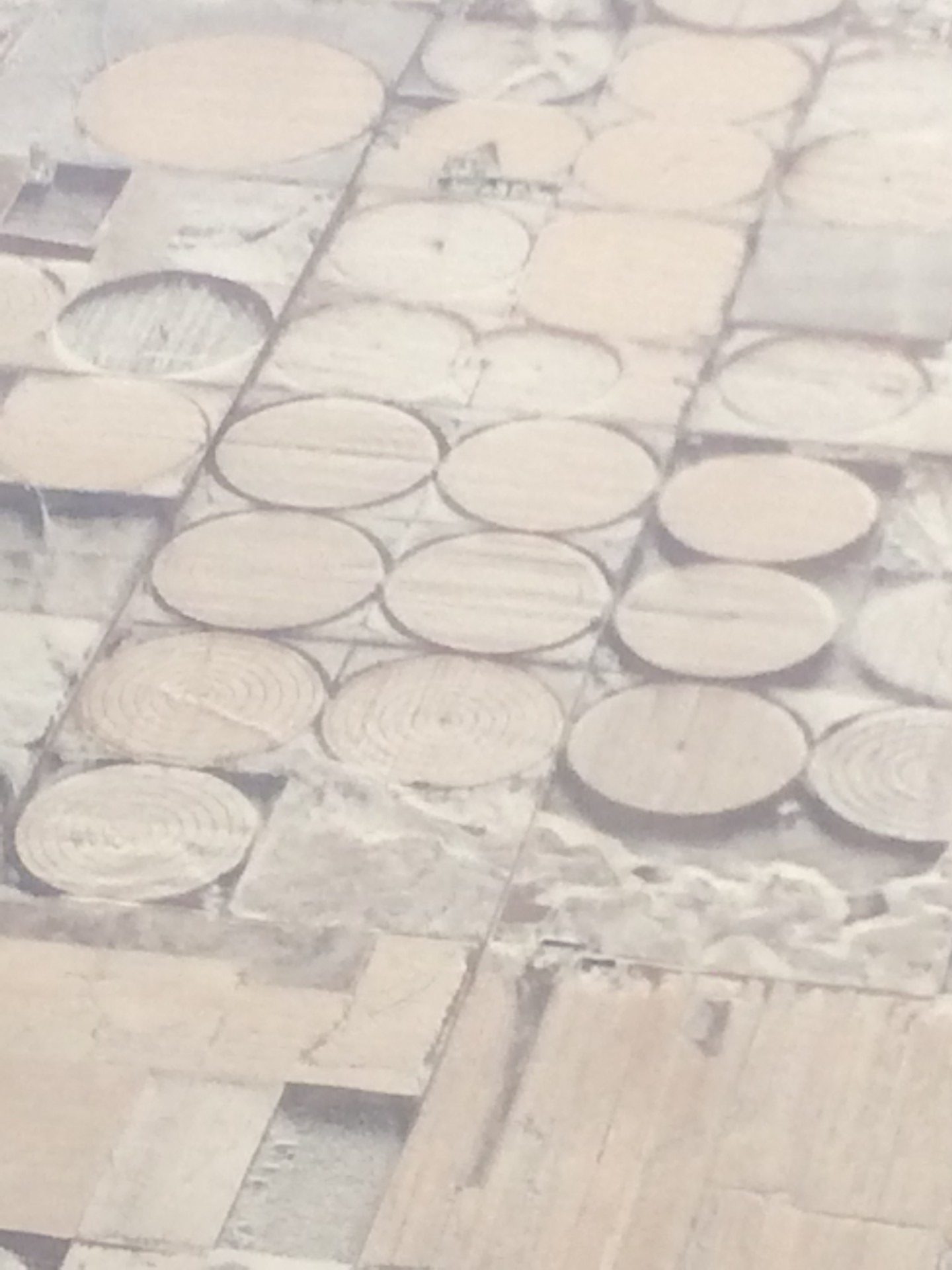