The sky and land are dark, black canvases waiting to be revealed.

The driver, balancing an open newspaper on his knees as we hurdle across the desert, throws me a sideway glance of suspicion.

At five in the morning, after a search by tourism police, we are on our way to Abu Simbel. The iconic temples that await us across the Sahara are only accessible by police guided caravan. The sky and land are dark, black canvases waiting to be revealed. The light from the headlights shows only the pavement before us, and the far off bumper of the nearest car in the caravan.

The silence of the ride is a break from the week’s hectic pace. Visiting Egypt after years of longing to, we have taken a private tour. Our rented van, our rented guide, our rented driver; all paid to treat us well and keep us away from tour buses of French, Japanese and Germans who elbow each other out of the way for the photos they seek. My mother (an archeologist at heart), my sister, a long time friend and I sit bleary eyed in the van, trying to make sense of Arabic mumblings. The driver is checking through side-long glances to see if I’m listening to his idle chatter with the guide. I don’t understand a thing. 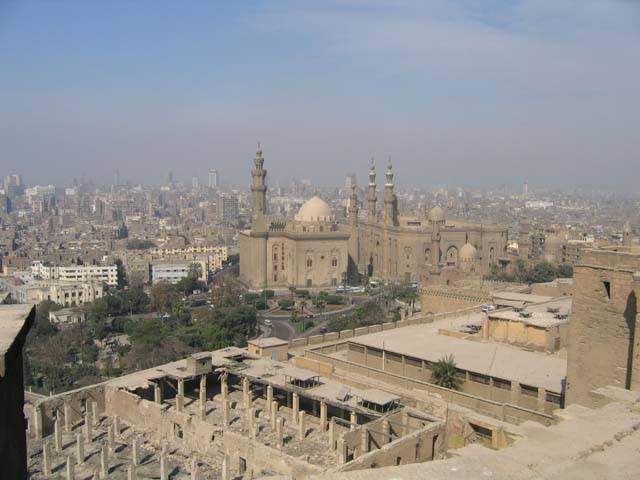 Cairo, Aswan, Luxor and the tourism industry are dominated by men. My Canadian-Italian look has taken them by surprise when they realize I don’t speak Arabic. Dark hair and eyes, pale skin — a departure from the rest of my olive-skinned family — has convinced them I am Egyptian. The men have reacted in kind, pressing for my marriage status, shouting “habibi” (love, darling) as I pass, following me on crowded streets.

The pyramids and their shadows had been the first stop for us. A legacy of pharaohs that reigned, the pyramids are grand and guarded. Police pace their edges with guns, groups of men selling and goading tourists watch from the sand beyond. My guide hurries me away from a gaggle of camels and their sly-eyed owners. They have offered my party 40 camels for my hand in marriage. Separated from my group, my tour guide professes love for me in a quiet moment at the monument’s corner.

Later, in the Khan el-Khalili Market, where people and wallets get lost in a crowd, I am singled out in a shop selling artwork on papyrus paper. An exuberant shop owner with twinkling eyes is amused as the men in the shop jostle around me. I whisper a few swear words in Italian to my sister and this elicits from him a hearty laugh and smile that swallows his face. He speaks to me in Italian, learned from a year abroad. “Here women are not out so much. You are beautiful.”

They have offered my party 40 camels for my hand in marriage. 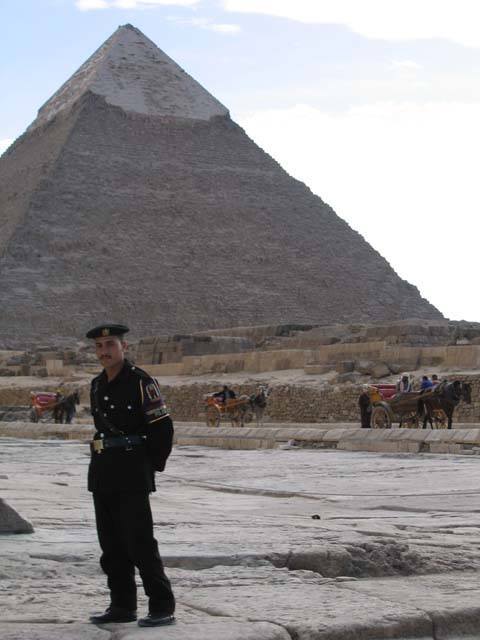 I have enjoyed this very much,” she says.

We leave and at the door I am asked in broken English if I will marry and stay in Cairo. My friend steps between the men and they pull back. Tall, blond and foreign, my Polish-Canadian friend keeps them at bay. They are awed by her beauty, but know she is untouchable. They think I am attainable, for a price.

My price, I learn the next day, could by a myriad of things – camels, education, freedom as I know it. Our guide, off for the day, sends us a female guide, a rare occurrence, but allowed because our party is all women. Nervous at first, she sticks to the script taking us to churches, temples and mosques, readjusting her headscarf, her gloves. When she mentions women not being allowed certain places, she glides by it easily but we ask questions and her eyes light up. The tour goes long: we, asking about her and life in Egypt; she, asking us about schooling, life, love in Canada.

She lingers on the threshold of our last mosque, pausing us and giving herself away with a quick glance to the walls beyond where our male driver is waiting. “I have enjoyed this very much,” she says.

She is unable to go beyond the city boundaries, which shift with the sand. Her rise to tour guide and historian is appreciative enough, her gait and speech are proud, but she tells me in whisper as she leaves us at the van that she will miss speaking with us. It’s a strain to hear her in the busy Egyptian street, but I understand the moment she meets my eyes intensely before she turns on her heels and sways into the moving crowd. I think: I’d much rather go with her than back to the hotel. We could chatter like schoolgirls all the way home, listen to the call for evening prayers as the dust settles on our shoes, cook a meal for her family and ponder progress and the alignment of stars.

The dreaming during our van ride to Abu Simbel stops as soon as the sun rises and the Sahara is revealed with golden tones. We arrive as the sun crests its carved hillsides. The grand temple took 20 years to build for Ramses the Great and you’d recognize it immediately if you saw it (think James Bond). At its feet, we are dwarfed by the 20 metre statues that stand guard, chiseled from the rock face. It’s room, reliefs and floors are opulent. Gods and goddesses dance, farm and transform on its walls, depicting royalty, heroism and myth all at once.

One hundred metres away lies a smaller temple, though just in comparison to Ramses’, shows a unique admiration. It is one of only two temples dedicated to a queen, Nefertari; it just simply was not done. Nefertari had a special significance over Ramses, the elaborate sacrifice rooms, carved columns and rich walls of the temple are regal, like a king’s. The temple is dedicated to the goddess Hathor who personified the principles of feminine love, motherhood and joy. In Hathor’s mythology she is many things: mother, daughter, third eye and bloodthirsty warrior.

Nefertari, it is said, is the rare example of a wife that was not a marriage of convenience. Ramses’ own poem, written on the walls of her burial chamber, shows his adoration for her. “My love is unique — no one can rival her, for she is the most beautiful woman alive. Just by passing, she has stolen away my heart.” The historians giving the tour show proof another way. The temple shows the only instance where the king and queen are depicted in equal size. Traditionally, she would only be as tall as the king’s knee.

The day grows long and hot and we are hustled to the driver who has been running the air conditioning for us. Back into the van and desert, at the protest of my mother, I ask for the driver to stop. I open the door myself and kneel to dig my hand into the Sahara desert. It’s coarse, yellowing grains remind me of corn meal, cooking, my mother’s cupboards and home. It runs through my fingers as I take in the vastness of it all – yellow, rolling mounds for miles. I imagine: women trudging through its valleys, cooking, worshipping, hiding. Like the changing shapes of the desert rifts, the oppression and reverence of women can be both inevitable and unexpected. Here it all exists at once.

My friend, eager for a toilet, calls from the van.

I cradle a few grains in my palm back to the van. He is assured I am another just tourist taking home a memento.

Gods and goddesses dance, farm and transform on its walls, depicting royalty, heroism and myth all at once. 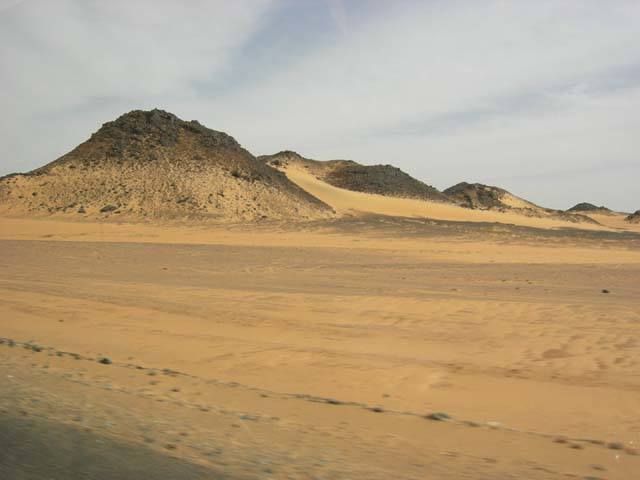