I had expected a city with the sun shining.

Venice was isolating. It was cold. It was dirty. It was nothing like I expected. It smelled of fish. I hate fish.

When I’d first found out we would be going to Venice, I was ecstatic; I couldn’t wait to see the city I’d been reading so much about since childhood—a romantic, sprawling city sparkling with lights and stars reflected on dark water streets. There was a small part of me expecting, hoping for, a small, quaint town like Assisi—but I had also expected something bigger than the reality. I had expected a city with the sun shining, not one with unpredictable rainclouds that opened at any moment with no fair warning. I had expected people running around to do God only knew what, in their heavy velvet gowns and their codpieces, in their chopines and tights, in their elaborately decorated Carnivale masks with ribbons and feathers and hook noses. 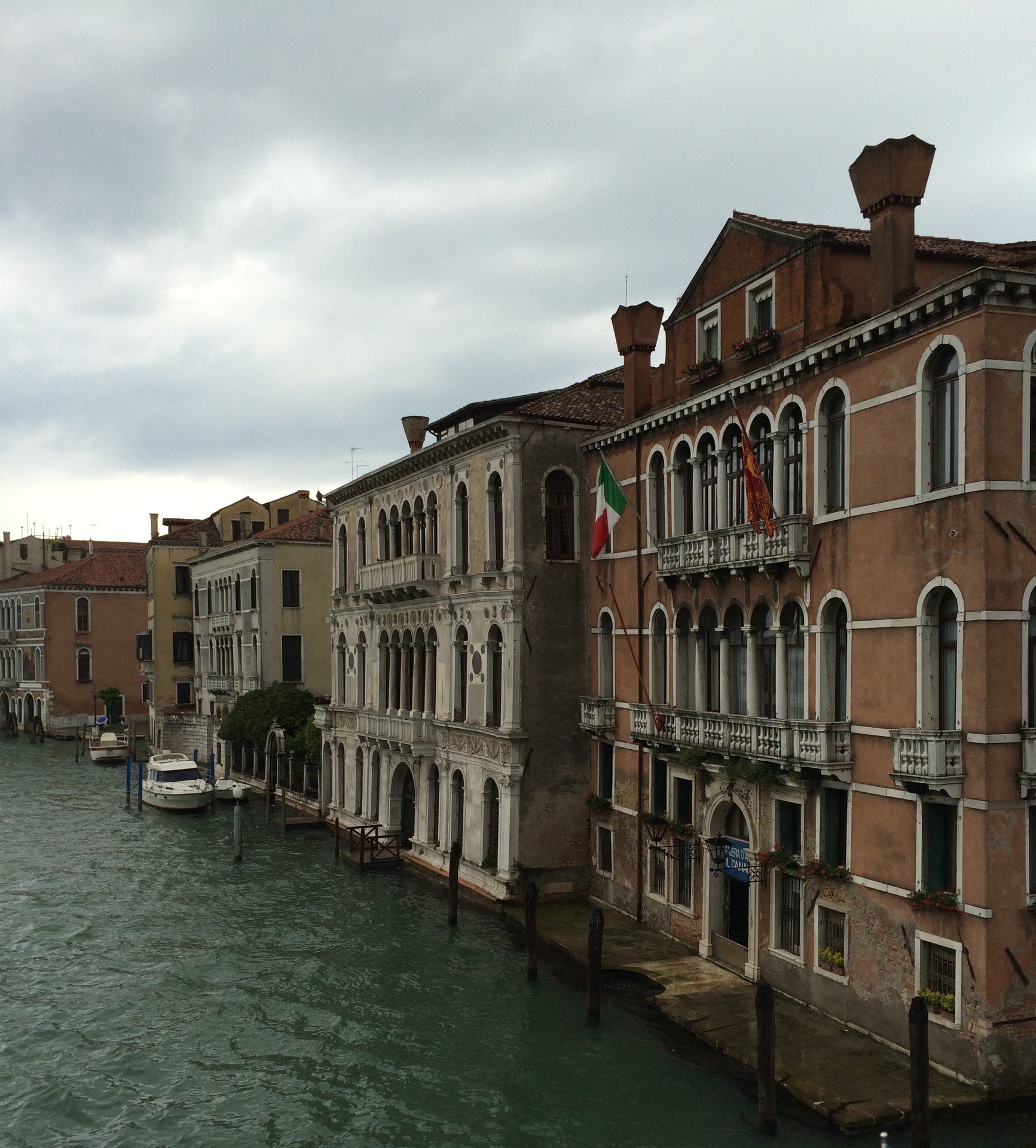 I hadn’t expected this ramshackle little place with fish scent and garbage in every canal, those canals smaller than I ever imagined, so small I wondered how any gondola carrying infatuated couples could get through them. Wondered why any infatuated couple would ever want to come through those dirty canals.

There were streets—another thing I hadn’t seen coming, another lie I had been told about Venice, the city of water-streets. And there weren’t just streets, but plazas, whole swaths of cobblestones grounding shops and restaurants and gelato shacks. There were walkways between houses and tiny bars, some so narrow I could stretch my arms out and run my fingers along the brick walls on both sides.

I did this multiple times, not because I was astounded by the discovery every time, but for the isolation. Touching the walls meant no one could walk beside me; I could grasp a few minutes of solitude, of contemplation, before my companions’ questions and exclamations and complaints could start up again, before I was forced to listen and respond.

Some so narrow I could stretch my arms out and run my fingers along the brick walls on both sides. 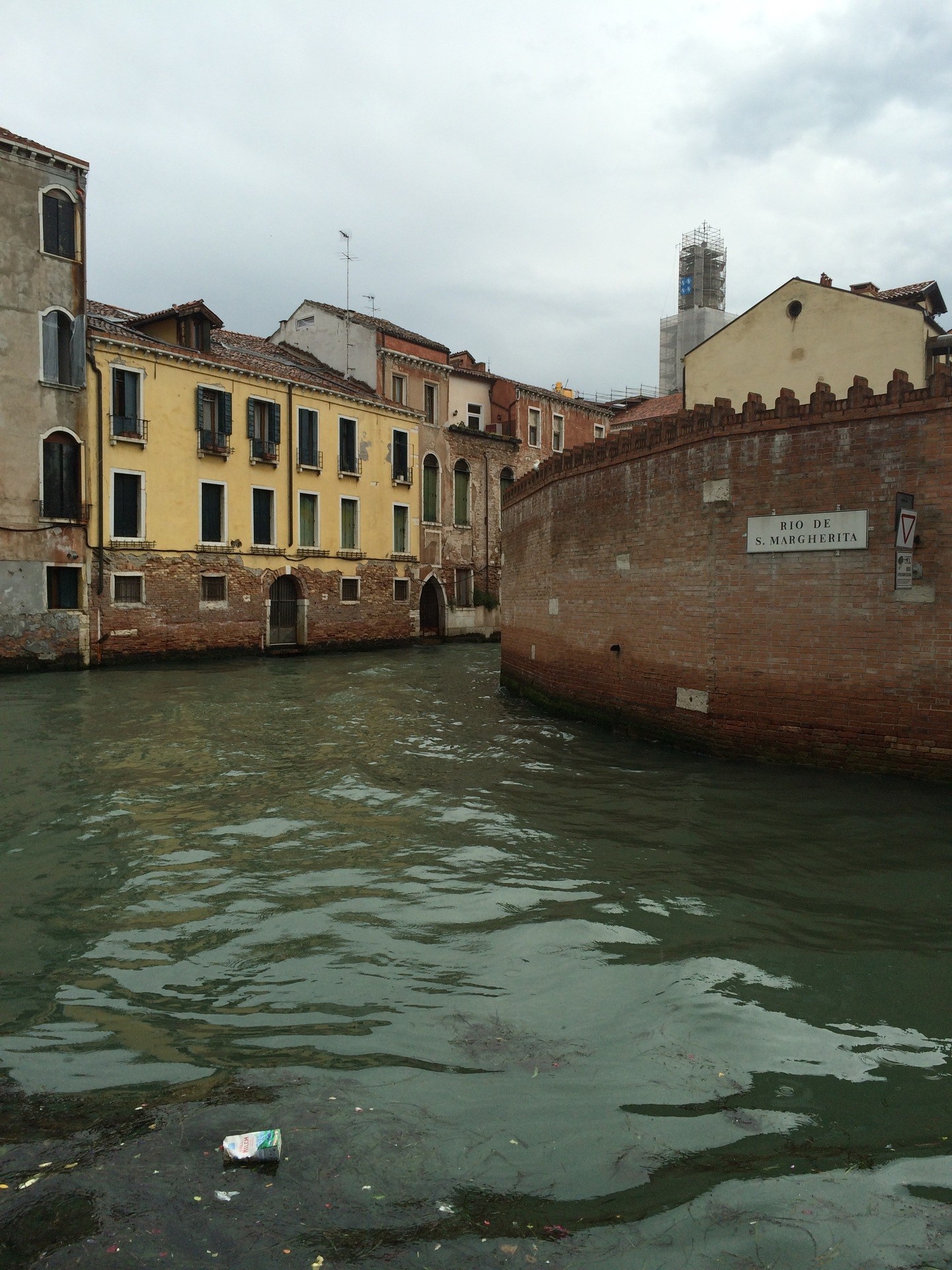 I thought about the way she was slowly sinking into herself, drowning in her own seas.

The isolation in Rome had been terrifying, but thrilling—the grandeur of Coliseum, of Vatican, of Trevi, made me feel small, insignificant, the lone life beside cold stone, and the crowds made me feel anxious, smothered, breathless. The isolation of Assisi had been spiritual: it was a city set on a hill geographically, chronologically, and I felt holy, set apart, isolated from the corruption of time. But Venice was too small, too dreary, too empty, to distract me from any feelings of solitude; there were no ancient monuments to tower over me, no holy hills to give me peace.

Being in a land of strangers, like crowded Rome or quiet Assisi, wasn’t bad: no one knew me anyway, they weren’t ignoring, I wasn’t lonely. But Venice, with its dismal disposition and narrow streets, made me feel more separate, more unlike the rest of the group I had no room to move away from. It was a ridiculous, self-pitying idea: this craving for solitude to wallow in loneliness.

I did think about the island, and its own isolation, stranded as it was in the Adriatic Sea, with its only connection to its fellow islands a bridge, a ribbon or a spiderweb that tentatively connected Venice to the others, that brought it trainloads of strangers every day to plunder her Carnivale riches and gaze at her canals, to be horrified by her filth or blinded by her romance, but never truly see her, get to know her, just like I couldn’t. I thought about the way she was slowly sinking into herself, drowning in her own seas. 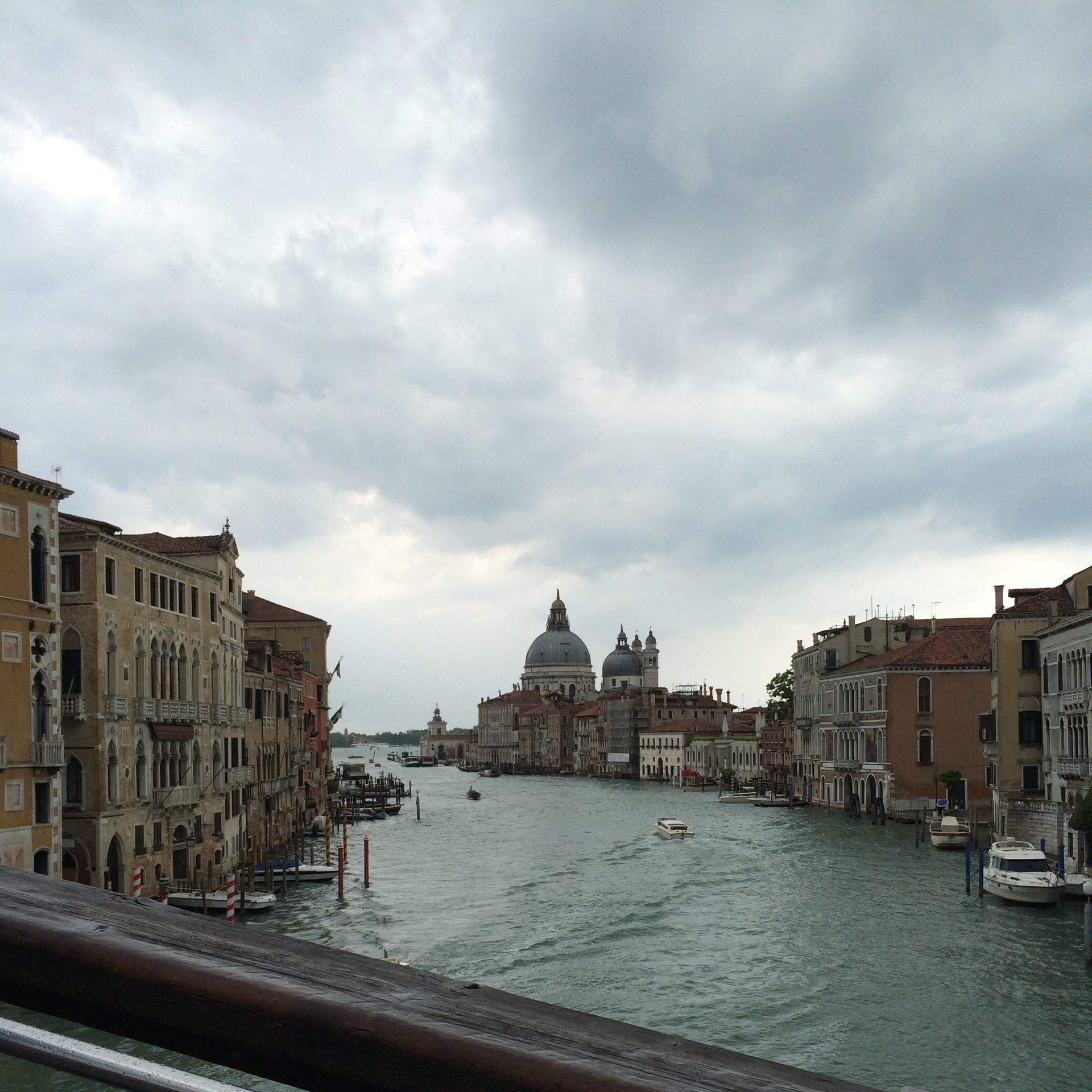 I left Venice early. It had started that unanticipated, cold, mocking rain again; my shoes were soaked and my lacy shirt—which I had worn to feel like the romantic Venetian heroines I loved reading about—was sticking to my skin and starting to itch; my umbrella was useless now, laden with rain. I had gotten the masks I had wanted, and my roommates were sick of the place. Plus, I was scared I wouldn’t get on the right train by myself. Why bother staying?

We dozed on the train. I thought about the short little Venetian venture, tried to rectify the Venice I had always dreamed of with the Venice I saw: the garbage-strewn canals, the heavy downpours and gloomy skies, the derelict and algae-crusted houses. The despondent atmosphere wafting up from the blue-grey-green waters, making me want to cry, to hide in the corner shadows of buildings or run into one of the churches or jump into the dirty water itself and let its chill wake me up…

…But despite the grey skies and fishy waters, I rather liked it. The atmosphere—atmospheric Venice. It was small and dirty and ramshackle and unexpected, and that made it feel real, authentic, like people could actually get murdered there in gruesome fashions, and that made all the Venetian mysteries I had read come to life. The crumble of Venice, the peel of plaster and stink of canals, the antiquity, made it so much more than my imaginings, made the City of Water solid. There had been beauty beyond the rubbish, behind the rubble, between the grocery bags and plastic bottles. It was an ancient beauty, one that showed what the island city had once been: a city of opulence and romance and intrigue to rival Rome; a city of set-apartness like Assisi, worthy of all praise and glory. A city set adrift, set apart, in isolation, in its own contemplation.

It was an ancient beauty.

The Venice with substance, character.

I had feared solitude the whole time I was in Italy—feared loneliness, separation, vulnerability. But in Venice I felt the beauty of that solitude I dreaded. With it came silence, a chance to mull on the mocking voices in my head or ignore them for the slight slapping of Venetian water on ancient stone. With the stillness of solitude came the opportunity to look at my surroundings—to get out of my head and experience, soak in the adventure I had always craved.

I wonder if I had just been so consumed with myself that I had missed out on the beauty of Venice, if I had projected my fears of solitude onto the city and turned into a crumble of litter and disappointment. I wonder if I had just been on the wrong side of the city, if I had wandered into the poorer sphere, if there would have been marble palaces and splendor if I had just turned to look. If a few feet away had been sparkling canals with honeymooning gondola patrons, skies with no rain. But I like to keep the Venice I got, the Venice with substance, character. The Venice that let me think. The Venice that let me wander in contemplation, in solitude.