Sunisa Nardone’s gentle micro essay begs the question of transformational identity. Do we carry our selves in the manner of our nations? How will we continue in the future? -Mo

Tibetan culture lives on in their religion’s popularity in the West. It might be the charisma of the Dalai Lama, the glamor of their cause, or karma, a tragedy of cosmic timing.

Japan is an off-white, eggshell color. Everything is done to the highest degree of perfection. China is Mao-red, not warm or cool but scrubbed free of emotion. When I think of China I hear the drone of bees at work. Vietnam has the aggression of China but is the crisp color of lettuce. It is also a little bland. Thailand, home of my heart, is the fuchsia of the tropics: bright, warm, fun-loving. It is also lazy, sometimes inept, often overdone.

I could continue. Italy is a burnt orange, color of the nine planes of the Madonna’s cape on the folds of the city square of Sienna. Cambodia: clear but dusty, like glass gone dull in need of a new shine.

So—Tibetans: they are a dark crimson, the same color as the robes of their monks; vivid and deep; capable of profundity and gaiety in the space of seconds. They feel dignified but not proud; self-confident not self-important; welcoming not groveling. They seem to be a people with strong roots and a firm centre.

Someone pointed out to me that the Tibetan religion and the Buddhist case for greater human Enlightenment benefits from the Chinese campaign against Tibetans. Tibet is disappearing within its own borders. Every day more Chinese arrive, and within a generation soft power will kick in, and the Chinese won’t need to surround monasteries anymore, because many Tibetans will have been educated in Chinese schools. Yet the many Tibetan lamas who have fled over the Himalayas are bringing their practice to other countries. Tibetan culture lives on in their religion’s popularity in the West. It might be the charisma of the Dalai Lama, the glamor of their cause, or karma, a tragedy of cosmic timing. Either way this type of Buddhism flourishes in the tourists and pilgrims who flock to the foothills of the Himalayas, and to Tibetan Buddhist centers in the West. As science continues to prove the benefits of single-pointed concentration and positive thinking, more people embrace Buddhism, or apply its secular practices to their life. And so a country sheds its skin, morphing from “feudal” practices on the rooftop of the world to viral, 140 character-ready teachings on ethical living, right mind, compassionate heart. 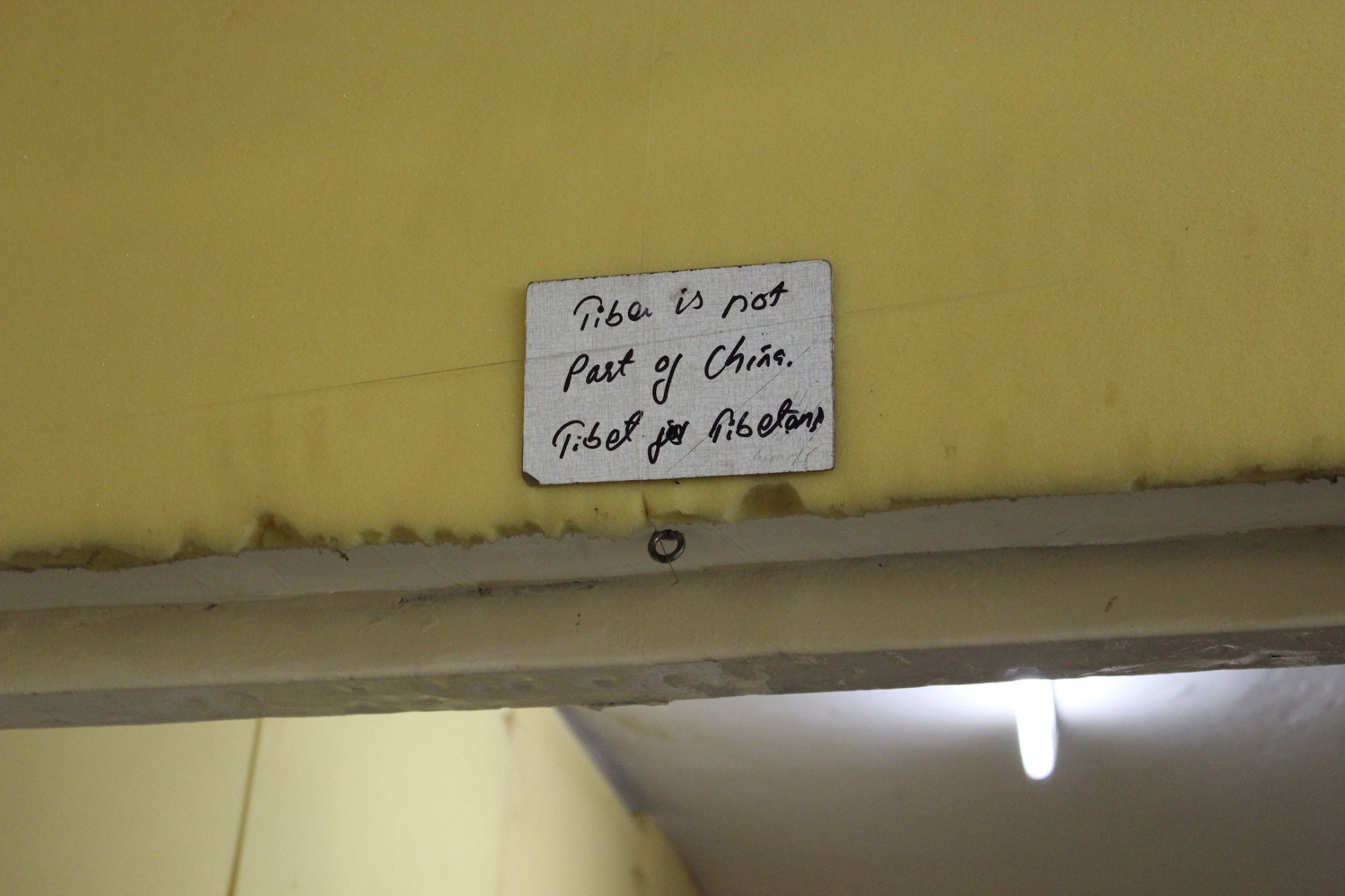