Thanks to writer and translator Patricia Beiger for reaching back into her own past for this review.

The first time I read The Truce (La tregua, Mario Benedetti) I was a 15-year-old bookworm growing up in Santiago, Chile. It was a welcome change of pace from García Lorca and Manrique, Bécquer and Cervantes, all Spanish classics on our mandatory reading list in tenth grade. Finally, a “modern” love story to sink my teeth into! Initially, I had a tough time relating to the protagonist of Benedetti’s novel, Martín Santomé, a man contemplating early retirement with equal parts readiness and dread. But I soon started to find common ground with him; specifically, with his obsession with his penmanship and his fondness of routine. “Today was a happy day; just routine.” I could have written that in my own journal. His curmudgeonly insights about a life lived reminded me of nearly all the important men in my life, with their own brand of dry wit. He won me over.

At the beginning of The Truce, Santomé is a 49-year old widower working his final year as a section director for the comptroller’s office of an auto parts importer before he retires and his “entire life is a Sunday.” The house he shares with Esteban, Blanca and Jaime, his three adult children, is dreary and drab. The absence of Isabel, their mother, who died giving birth to Jaime, is so tangible that it could be another character in the story. He has reluctant friendships with people from his past and avoids meaningful connections with the people from his present.

Into this bleak reality enters Laura Avellaneda, a 24-year old who will be Santomé’s first female employee. “I’ve never trusted women with numbers,” he writes. “Furthermore, there’s another drawback: during their menstrual period and even the day before, if they are normally intelligent, they become a little silly; if they are normally a little silly, they become complete imbeciles.” But Avellaneda, as he calls her from that point on, is smart and a quick learner. This impresses him, and he brings her closer into his fold, assigns her the desk to his right. Before long he goes from criticizing her appearance (“She isn’t beautiful, but her smile is passable. Better than nothing.”) to feeling “like a nervous teenager” merely at the thought of having to talk to her.

Thus begins this truce from loneliness for Santomé as he and Avellaneda fall in love; a truce that breaks the monotony of his existence, that distracts him from the frustration of forgetting his happier days with Isabel, and from his fear of leaping into the unknown “third chapter” of his life. The small apartment that he rents to serve as their love nest is like a sanctuary, filled with moments of increasing familiarity, of things we take for granted, like the comfort of putting the kettle on and having someone to look out the window at the falling rain with. “All of a sudden, I realized that that moment, that slice of everyday life, was the highest degree of well-being, it was Happiness.”

Avellaneda’s love is the antidote to his despondency. Where once he wondered if he could “be dried up” emotionally, only five months later he feels her love expanding his chest, “conditioning it to feel more each day.” Alas, all truces must end, and this story is not the happily-ever-after type. Once the milestone of his fiftieth birthday is behind him, and just as he realizes he cannot live without her and decides to propose, tragedy strikes.

The small apartment that he rents to serve as their love nest is like a sanctuary.

His diary is a cautionary tale for those who stay busy to evade emotions.

The second time I read The Truce (translated by Harry Morales) I am a 44-year old wife and mother, much closer in age to Martín Santomé. And yet, so much has changed in our world since the late 1950s that I have a harder time relating to him. His sexist remarks, his homophobia, especially when his “favourite” son comes out (“I would have preferred that he turn out to be a thief, a morphine addict or an imbecile.”) are a snapshot of an era but were hard to read. Where in my youth I felt pity for his misery, this time around I felt like he deserved it. His diary is a cautionary tale for those who stay busy to evade emotions. Sure, it’s all self-reflection, but he does a lot more musing than feeling.

The privilege of reading this novel in its original language combined with my experience of growing up in South America allows me a unique understanding of the nuances of the story, compared with someone who will only meet Martín Santomé in English. As a translator, I often read translations with an editor’s eye and this was not the exception. Although I often felt that the translation verged on the literal, in general I think that Mr. Morales has done a good job of giving Martín Santomé an English voice. 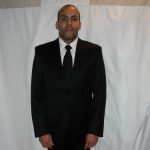 Harry Morales is a Spanish literary translator whose translations include the work of the late Mario Benedetti, Rodrigo Rey Rosa, Eugenio María de Hostos, Emir Rodríguez Monegal, Juan Rulfo, Alberto Ruy-Sánchez, Ilan Stavans, and Francisco Proaño Arandi, among many other distinguished Latin American writers. His work has been widely published in numerous anthologies and has appeared in various journals.