These photos were taken on the same December day, along the coast in southern Oregon from Brookings north to Port Orford. —RB 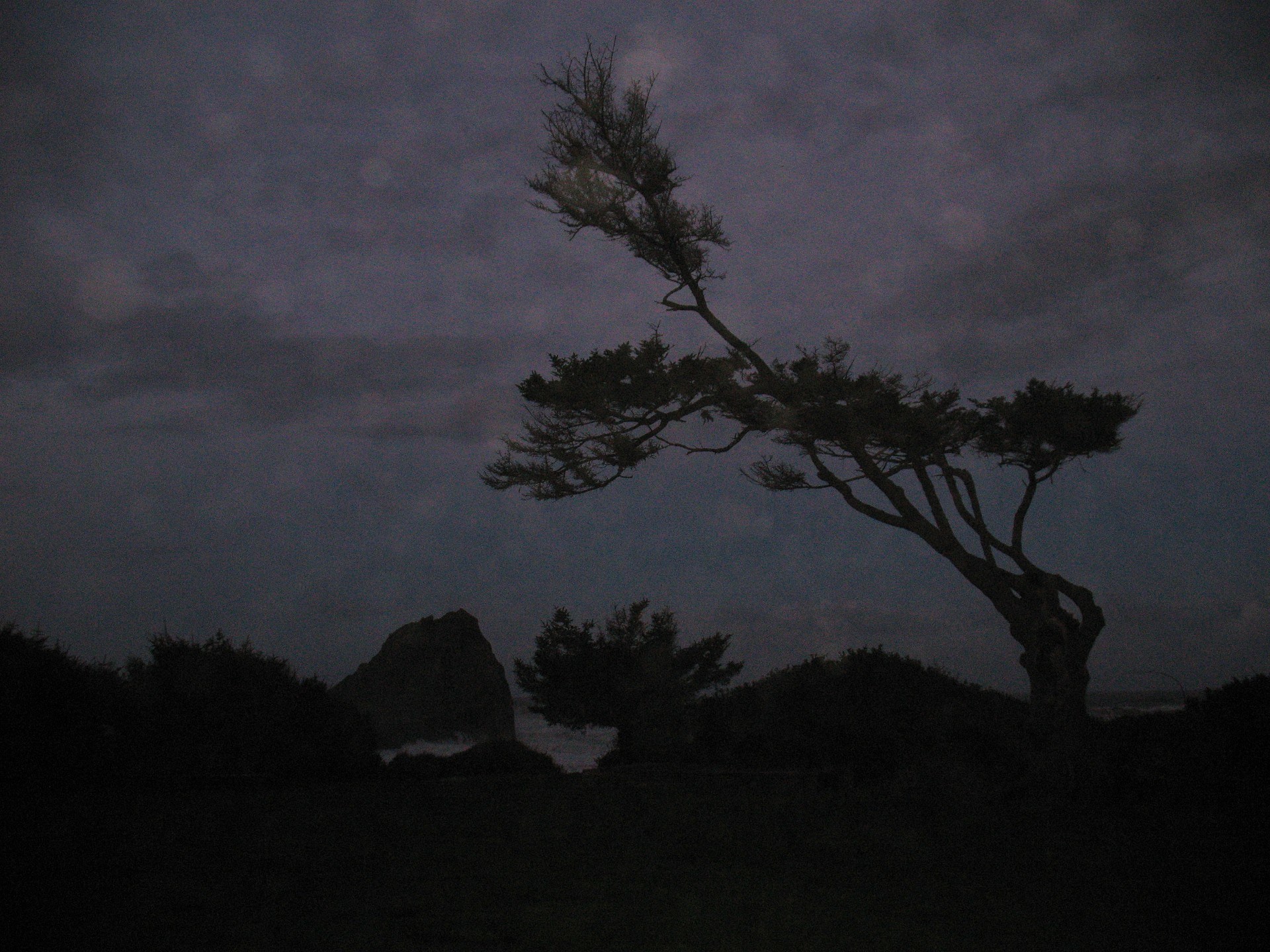 The camera loves lousy weather, and I had trouble keeping its head out of the rain. Inspiration is a notorious risk-taker. For some of these photos, I might as well have been using black-and-white film. This one may not even be seeable. It shows how eager (or impatient) I was to get started. The breakfast waitress in Brookings told me the sun wouldn’t rise until May, so at 7 a.m. I lit a match. And this isn’t even Oregon. It’s California, just over the border. I swear all the others are in Oregon. (Oh god, it isn’t even winter, really. It’s December 17.) 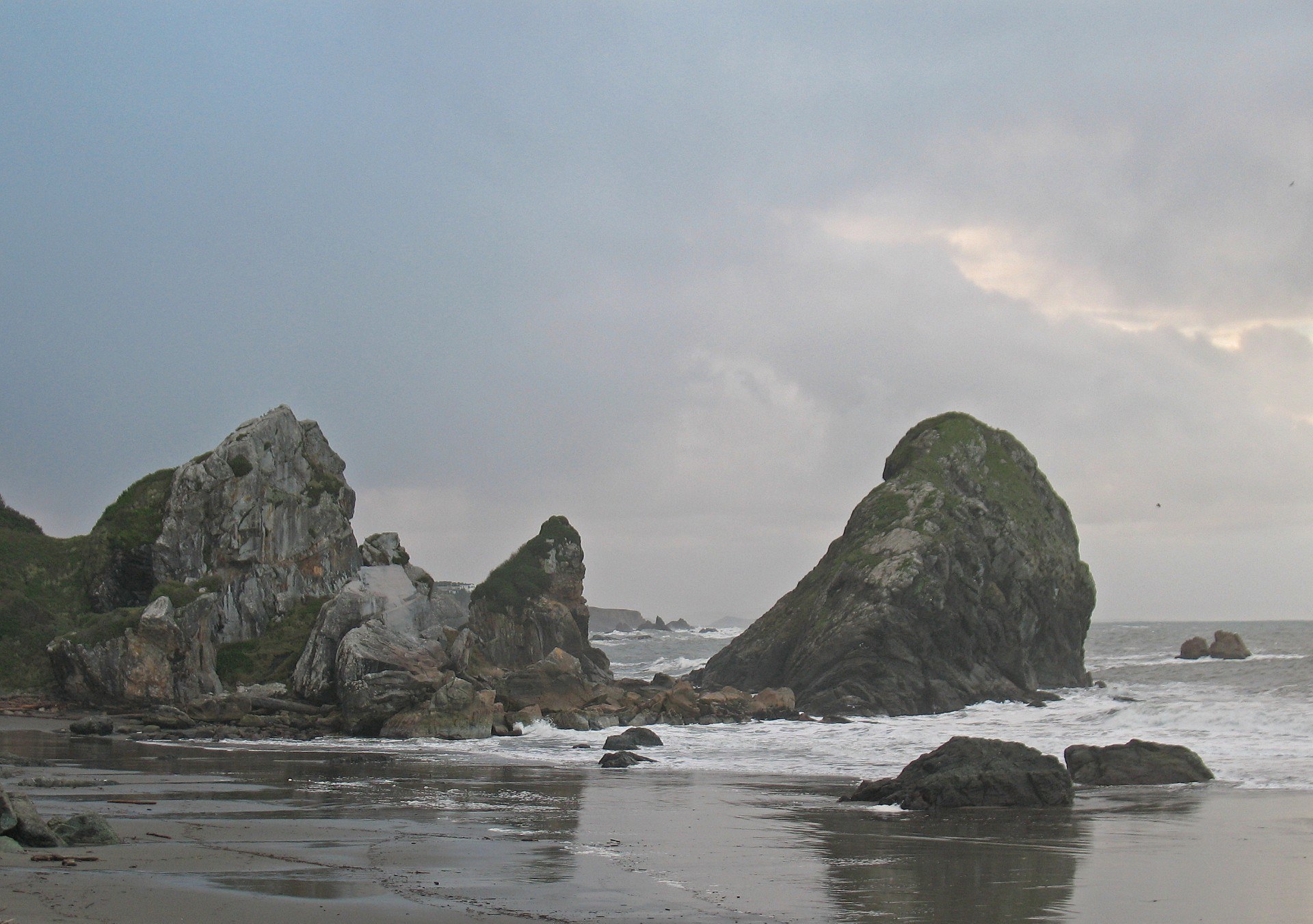 There is a hint in the light of the Hudson River School. 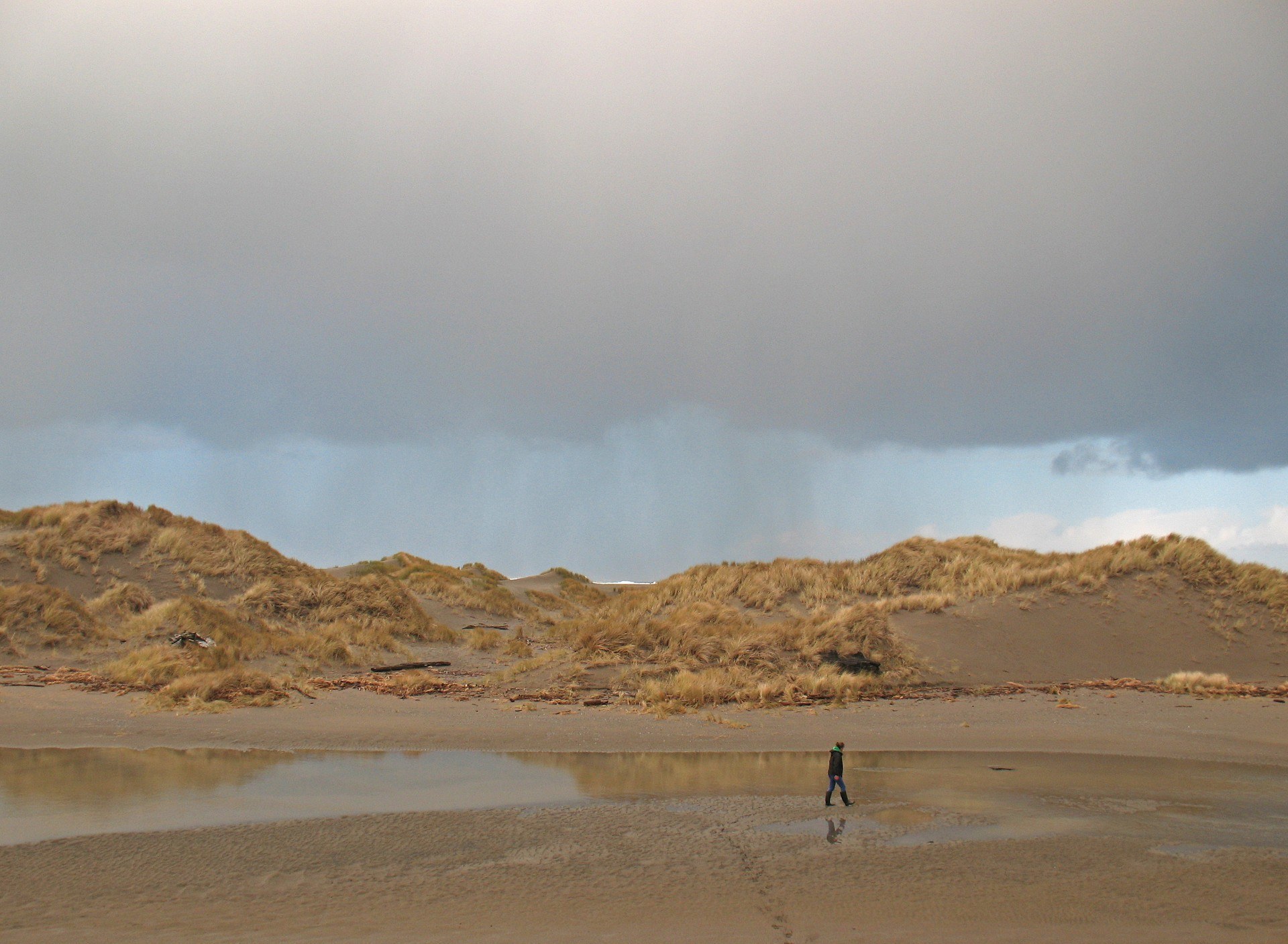 She has come from Germany, and is on her way to see the seals. 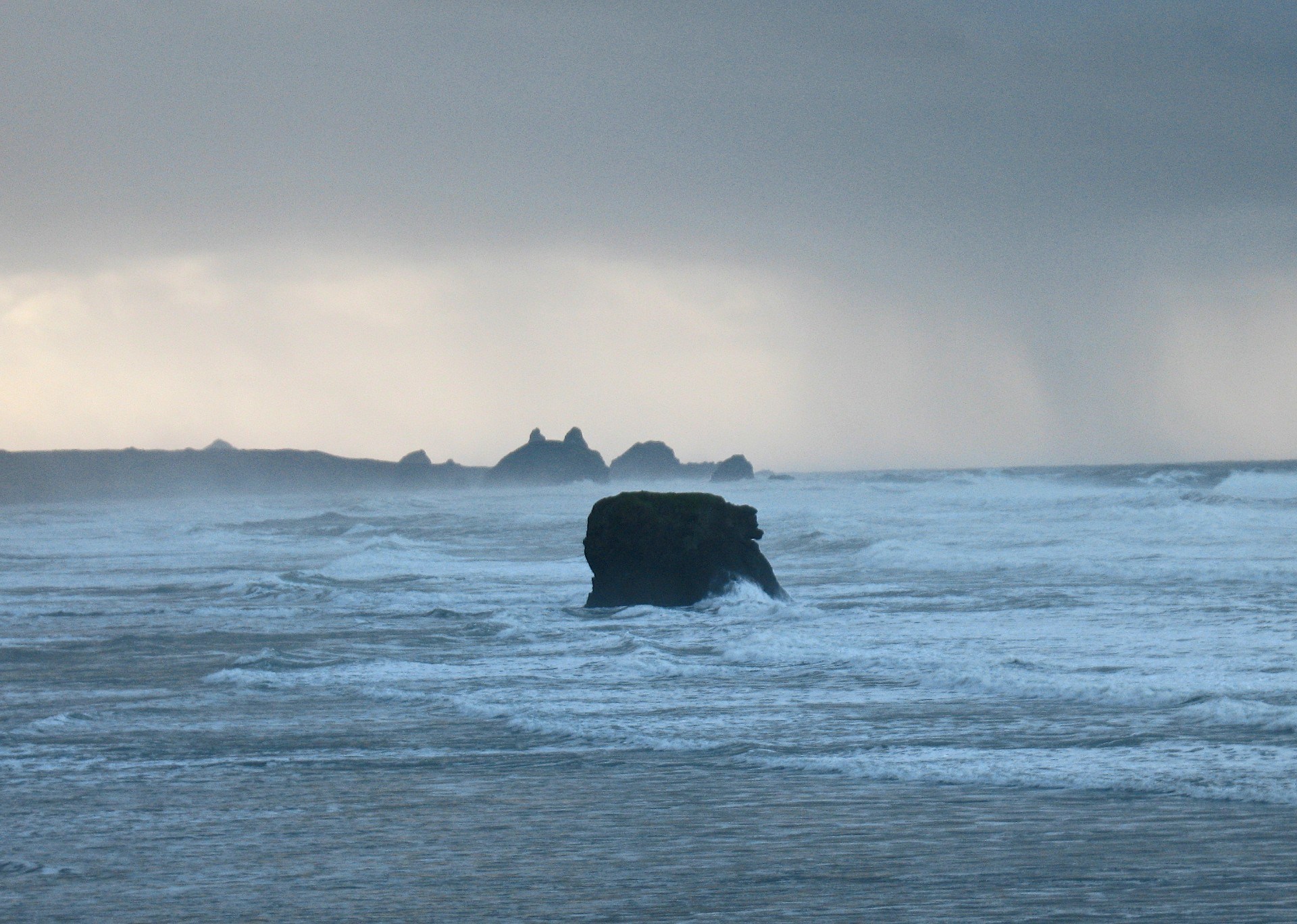 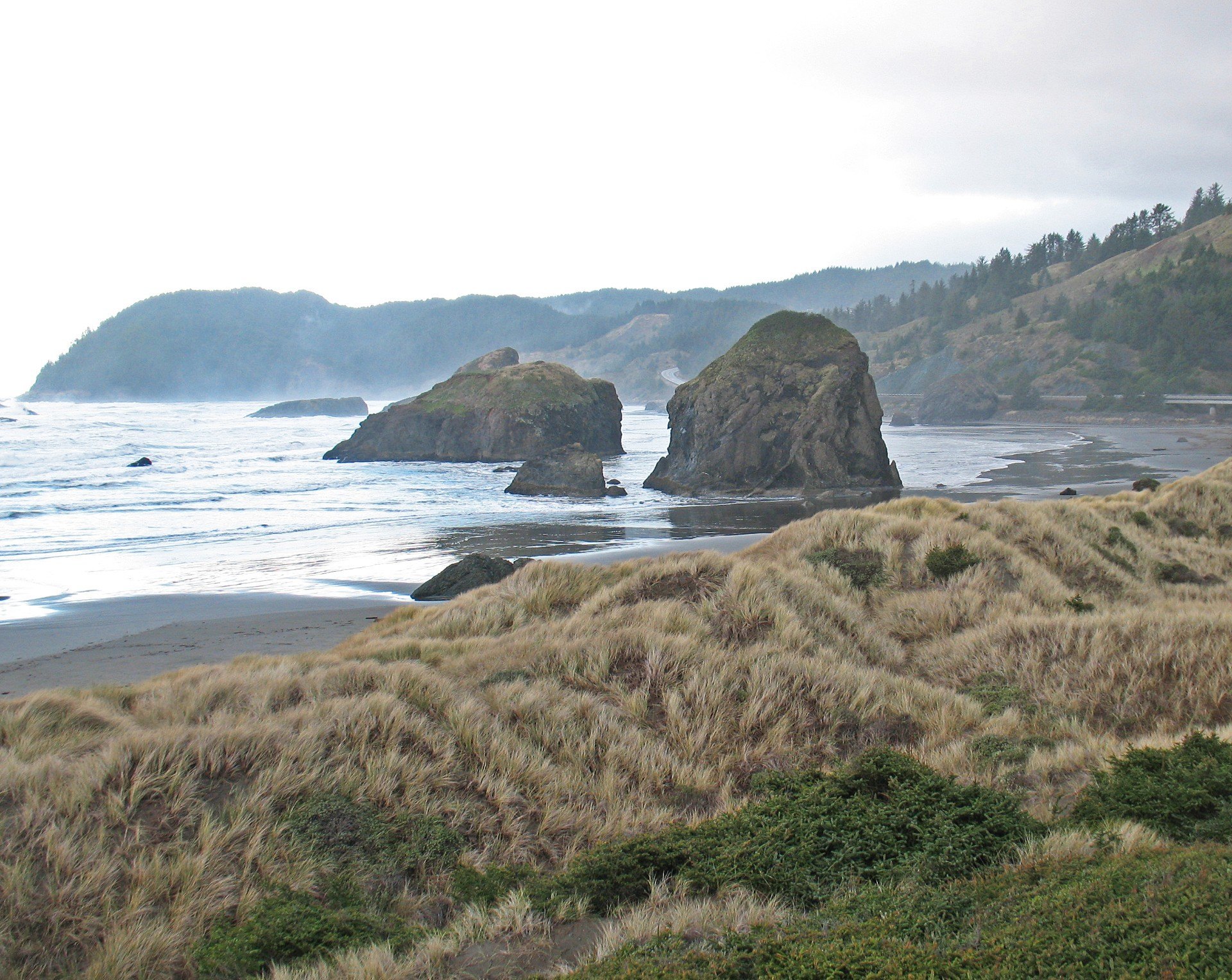 What interests me are the small, grass-covered dunes. I have seen this formation at a few places along the central and southern Oregon coast. The dunes look like folds in a furry mammal, maybe a mama grizzly. 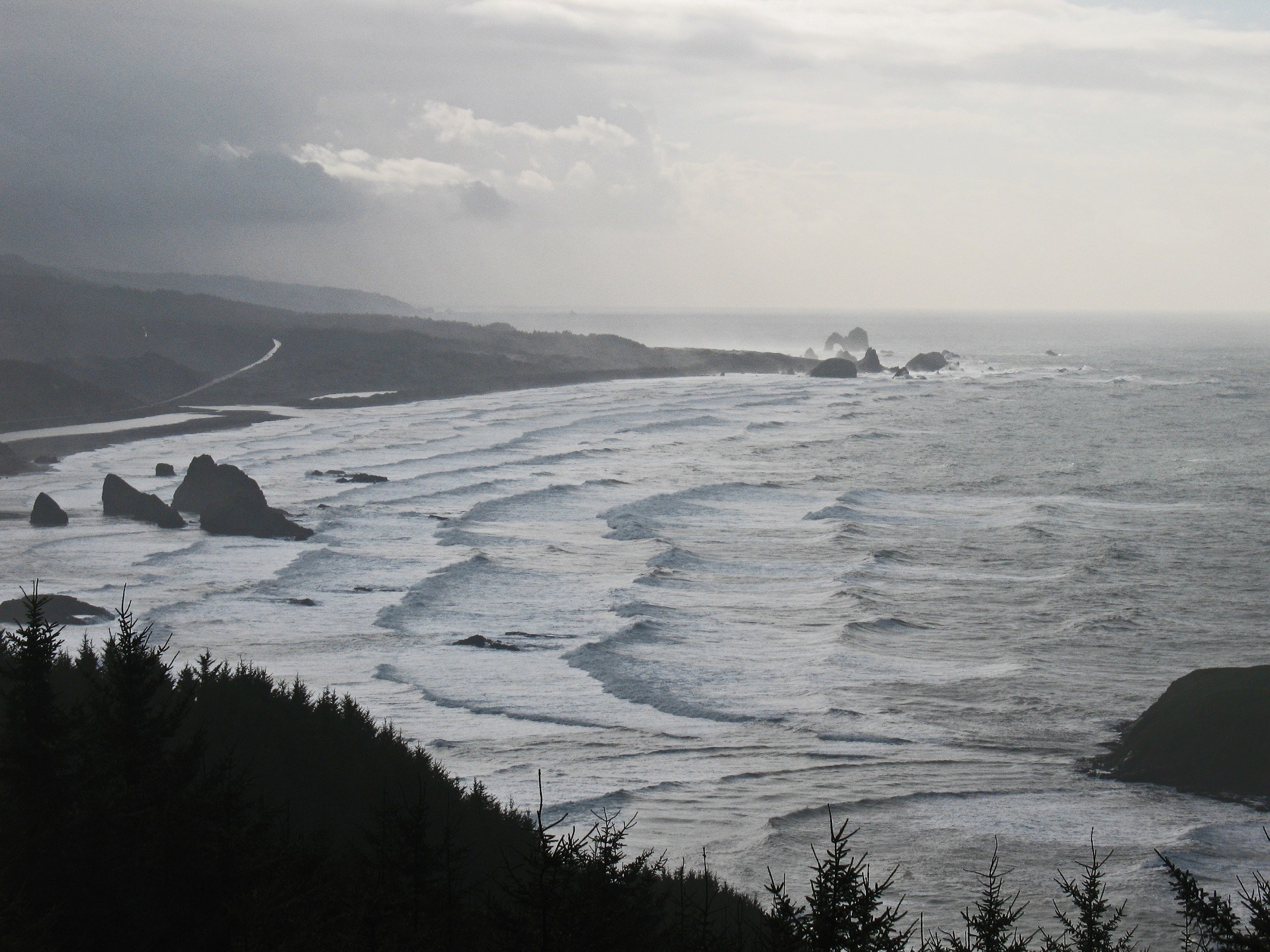 back to black and white

Beaches and monoliths are under assault by the release of stored energy from yesterday’s storm. The world is being remade. 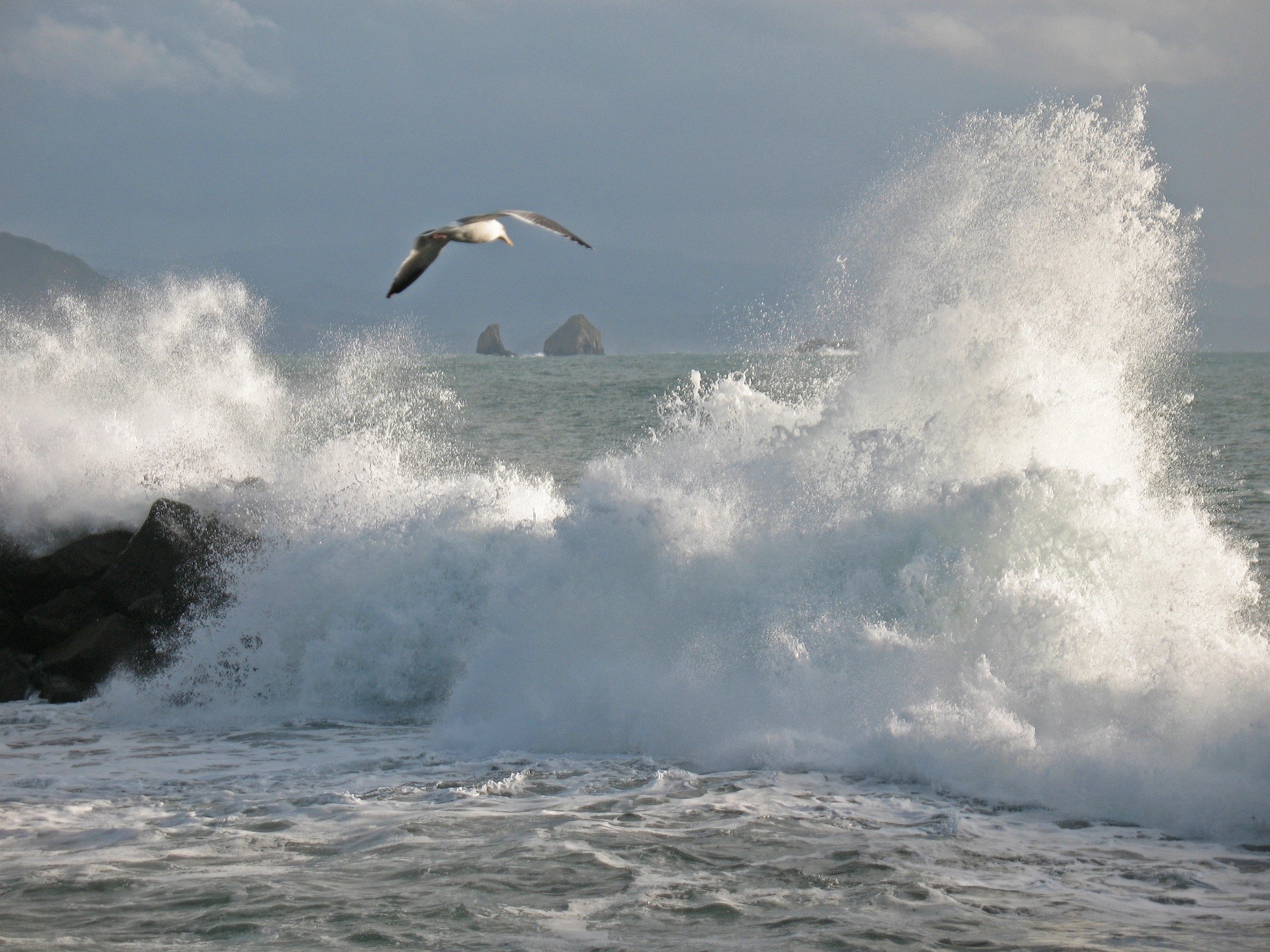 what the camera saw

I regard this as a once-in-a-lifetime photo, but not my lifetime. I get no credit for it. I didn’t even know I had taken it. I tried to catch the waves crashing on the Port Orford jetty. But my camera’s shutter button is a rebel and doesn’t click until it damn well wants to. I can only submit requests for quick-action photos. This is the last photo I took, the “I give up” photo. It wasn’t until that evening that I saw it, and discovered the camera doesn’t really need me.