The next morning, very early, the concierge woke with a start. She felt something was wrong.”

The year the Berlin wall fell, I shared an apartment near Place d’Italie in Paris’s 13th arrondissement with two French siblings, Claire and Paul. Three bedrooms, a kitchen, bath and toilet. It was an older building on rue du Moulinet in a neighborhood that was gentrifying. Around the corner from our apartment was a bakery that sold the cheapest baguettes I had ever seen in Paris at 3 francs and 20 centimes each, around 50 cents at the exchange rate then.

Across the street, Senegalese and Guinean families crammed into one- and two-bedroom apartments. A mad woman haunted the sidewalk, pacing and cursing at passers-by. Sometimes I watched her from my window, waiting for her to go inside before I left the apartment. At the corner unemployed men drank and leered. Behind our building, a huge construction site yawned below our kitchen window. The jack hammering started at 7:30 in the morning.

The perks? Our rent was cheap and we could catch two different metro lines within a minute walk.

Rumor had it that a year before in one of the back lots, an old walk-up—dilapidated but still occupied—had collapsed from the stress of all that jackhammering and demolition. The concierge saw a crack open like a zipper in a wall. She asked a construction foreman to take a look. He assured her nothing was structurally compromised and then left. The next morning, very early, the concierge woke with a start. She felt something was wrong. Hurrying through the building, she woke the residents, urged them out of their apartments, based on a feeling.

A few minutes later, the whole structure caved in.

In some versions of the story, not everyone escaped in time. 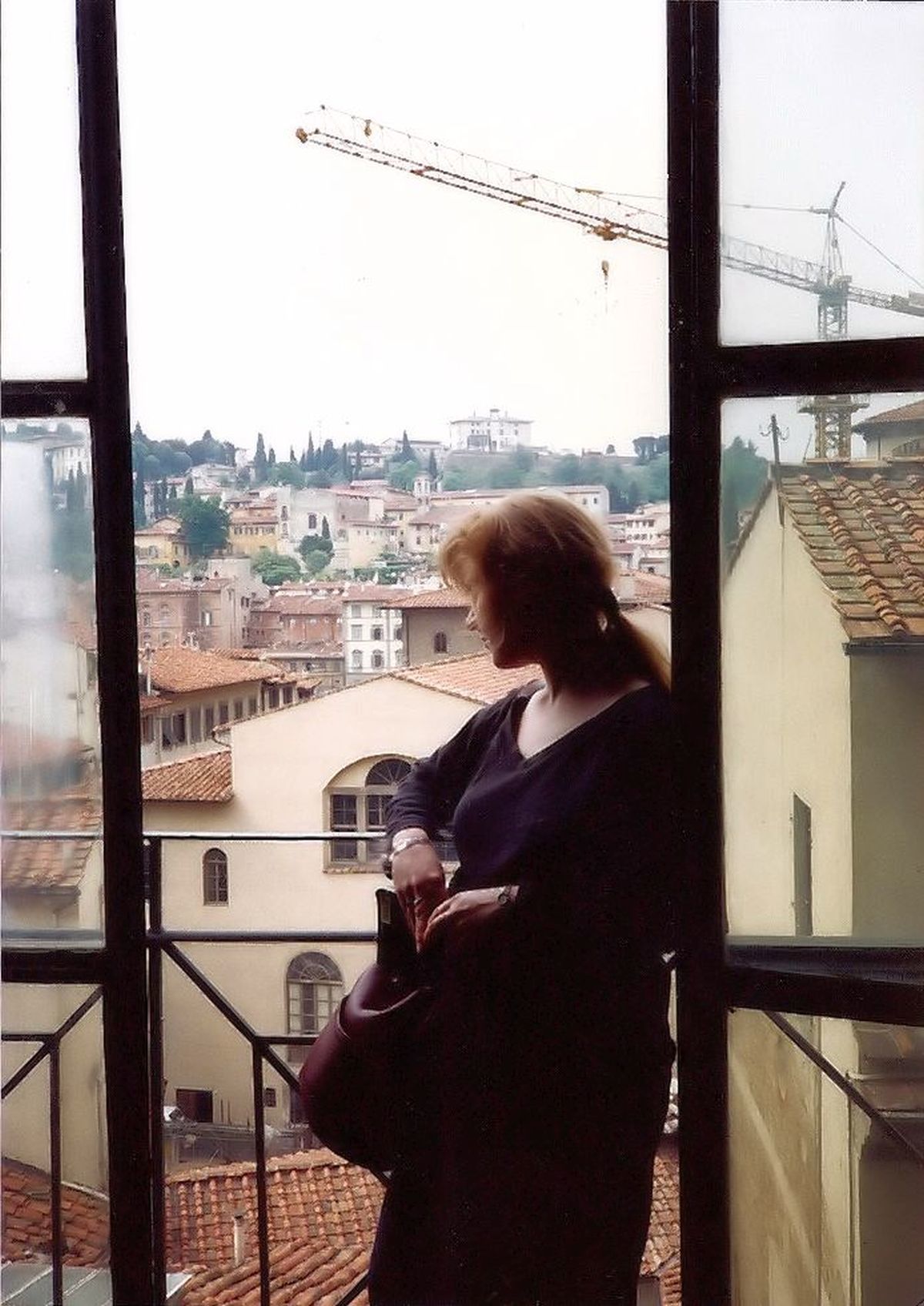 Claire was studying at Science Po, the prestigious university for up-and-coming politicians. She wanted to work in international relations. Paul was at a prepa, a post-baccalaureate prep school for business. He studied all day long and also read books on how to take power naps. For food, he mostly existed on bread and jam and overcooked meat. Claire grabbed a croissant or sandwich when she was out and always seemed to be eating dinner with friends.

One day, Claire decided she needed to eat better. She was going to start un régime, which sounded to me like the takeover of a small country. One night after stopping at the grocery store, she brought home plastic bags bulging with vegetables and fruit. A fierce session of cooking began. Water boiled. Steam filled the tiny kitchen. Loud chopping echoed in the apartment. That night we dined on endive salad and a ratatouille-like dish. Goals were set to lose so many kilos. Menus were planned. Pledges were made not to eat baked goods for breakfast.

The next morning Claire slept past her alarm as usual, and we all woke to the jackhammer, which sent Claire cursing like a sailor through the apartment, or at least how I imagine sailors curse. The toilet door banged shut. Water whined through the old pipes. More cursing. Then the front door slammed.

One late afternoon a while later, near dusk, after the noise of the construction site had died down, I was sitting in the kitchen, thinking about what to do for dinner. Paul wandered in, with similar thoughts. He bent down and peered inside the half-size refrigerator and said, “Putain de merde,” which literally translated means “Whore of shit” but colloquially means “Holy shit” or “What the fuck?” In any case, it is a convenient exclamation of shock and disgust.

Paul scrunched up his face, to further demonstrate his displeasure, and pulled out a cooking pot by its handle. In it was one of Claire’s concoctions from that ambitious evening a couple weeks earlier. He stood there a moment, grimacing, holding out the pot and looking around the kitchen. The only option was the trash can, but the odor of rotting vegetables was making us gag.

Then Paul suddenly gained purpose and moved decisively. He clenched his cigarette between his teeth and opened the kitchen window, which looked out onto the machinery and mud of the construction site behind our apartment.

Paul stuck the pot out the window and poured the offending slop out. “Eh, voila,” he said and closed the window, locking it with a sharp twist of the handle.

She was going to start un régime, which sounded to me like the takeover of a small country.” 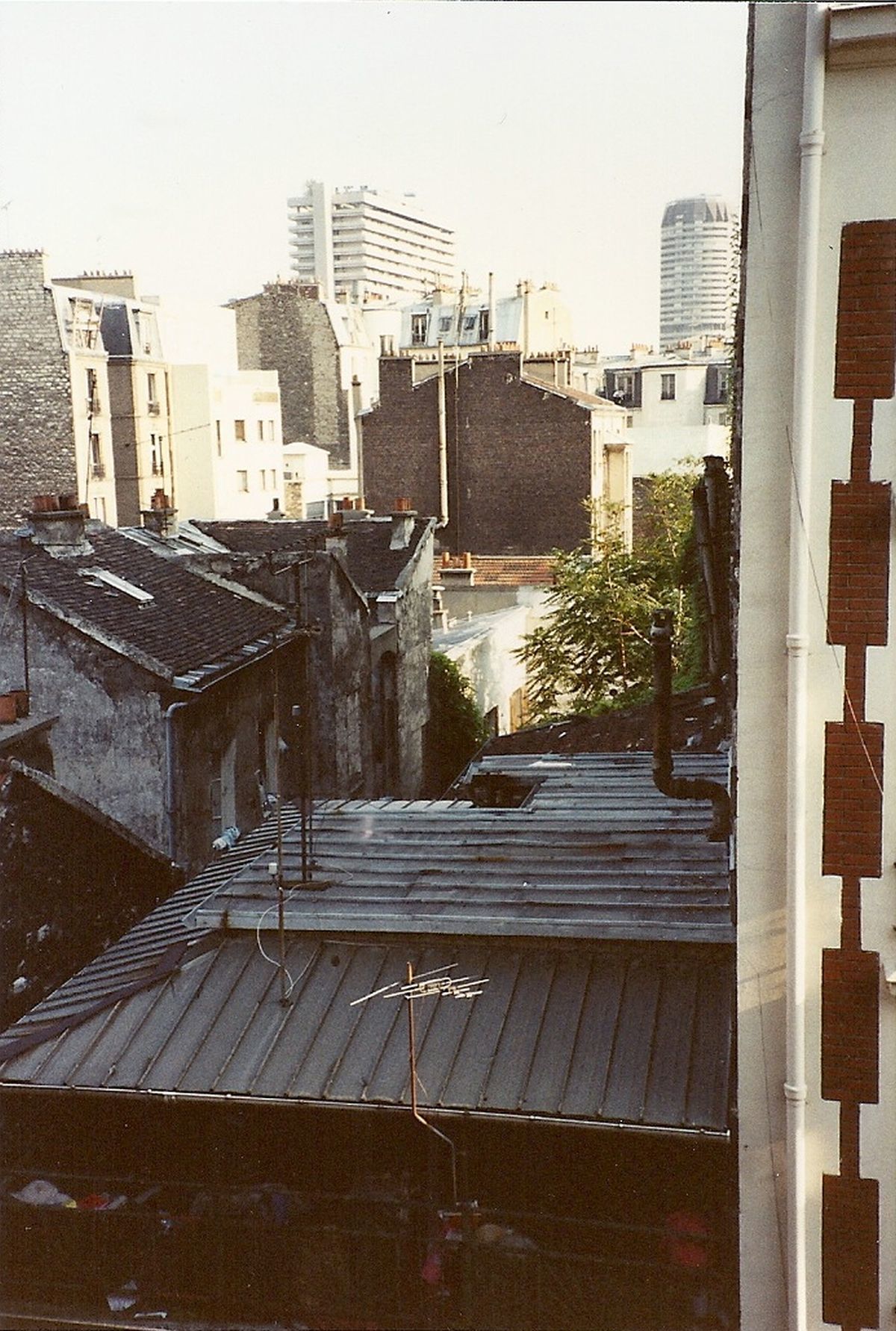 My old building at 12 rue du Moulinet was still standing, its wrought-iron door capped by a half-moon transom, its pollution-darkened stone sandwiched between its neighbors’ cleaner, fake stucco facades.”

Almost ten years later, my husband and I were on our honeymoon in Paris. We stayed in the 10th arrondissement, near Les Abbesses, where we ate at crêperies and upscale bistros. In the bright summer evenings, we strolled out of our hotel past the open cafés where live jazz blared while grocers rolled up their awnings and clanged shut metal gates.

We decided to visit my old neighborhood. Place d’Italie was no longer under construction. Sleek glass office towers reflected the sunlight. Women in business skirts and men in ties walked swiftly, darted into McDonald’s, out of the Credit Suisse bank, up and down the stairs to the metro. My old building at 12 rue du Moulinet was still standing, its wrought-iron door capped by a half-moon transom, its pollution-darkened stone sandwiched between its neighbors’ cleaner, fake stucco facades.

There we craned our necks to see the metal balcony of my fourth-floor window. The street was quiet. The mad woman and the leering drunk men were now merely memories. No sign of the colorful batik robes and dresses of African families. Baguettes were priced in euros and the exchange rate made us hesitate before any purchase.

We turned down the street, following its snaking path in the fading light, letting it take us in another direction. 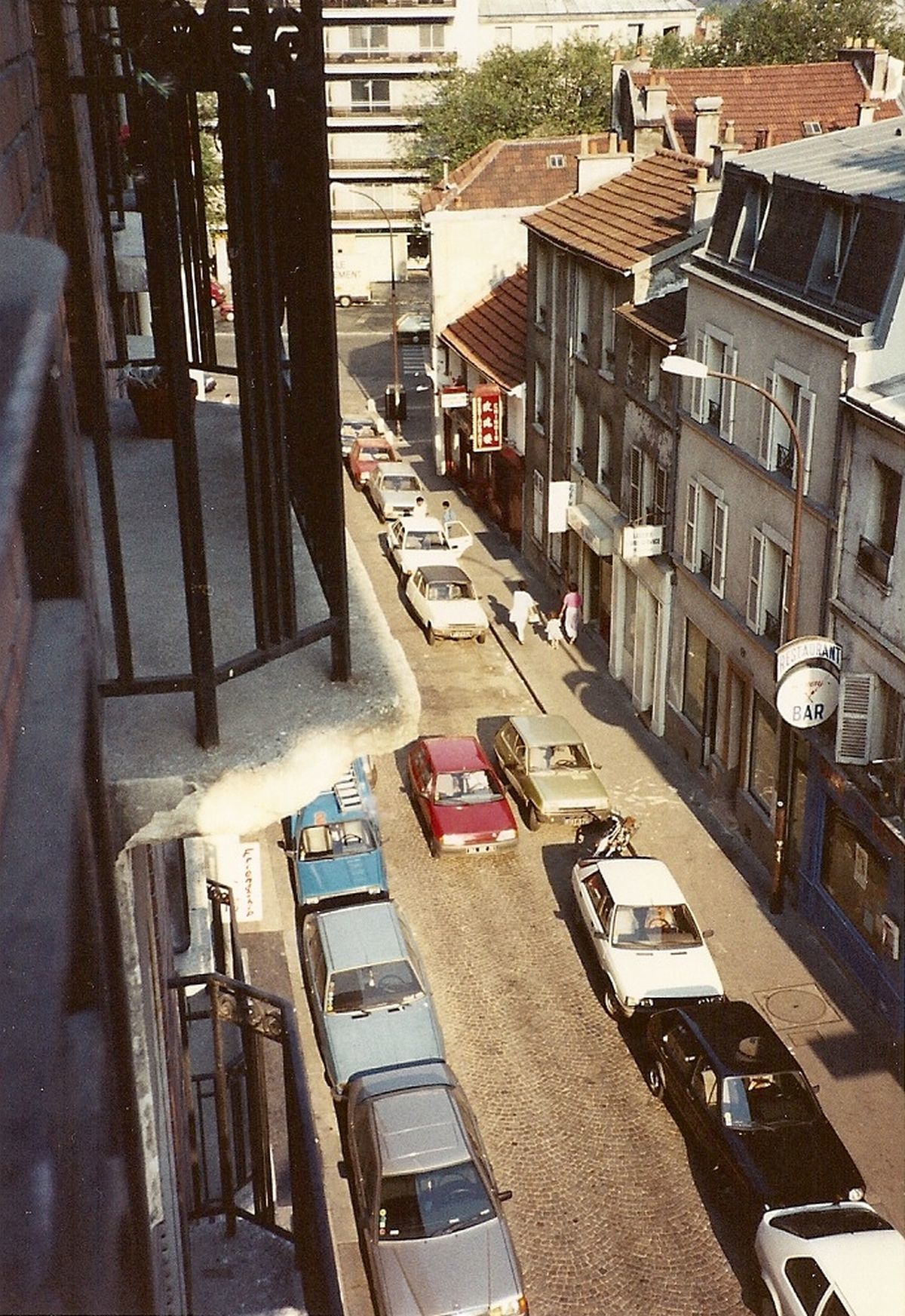