I was looking for magic.

It was seven kilometers to the caves, but somehow I tricked myself into thinking it was far less. A more manageable number like five, or possibly even three. It was the first lie I told myself. The second lie was telling myself that I recognized landmarks, signs I was getting closer, despite having never been there before. These two lies helped. Slightly.

It wouldn’t be nearly half as bad if it weren’t for the heat steadily beating down on my head like a drum. Every now and again a faint breeze broke through the heavy air and I threw my arms out wide, desperate to steal from it every ounce of relief possible as though it might stop the sweat that poured down my forehead and neck, the sweat that clung behind my knees and between my thighs.

I had come to India in May— a cool, blossoming time back in Canada, but in this place locals looked at me in shock, informing me that it was just before the monsoons, making it the hottest time of the year. Over 2000 people, they told me sternly, had already expired. I found that an interesting choice of word. Expired, like milk curdled in the sun.

But I had come to this country on a mission. One that made me rush up hot temple steps barefoot, wind through narrow slum alleys, and walk seven kill-me-meters to guidebook-approved caves.

I was looking for magic.

Not the pull-a-rabbit-out-of-a-hat kind of magic, or the fantasy “You’re a wizard, Harry!” kind of magic. I was looking for the kind that would shock me to a standstill, bring tears to my eyes, and make my knees tremble. I had seen glimpses of it—in the faces of the people I met on the street, in the temple pundits and even on the face of my driver as he veered through traffic and I grasped the seats of my chair until my knuckles turned white. In them, I had seen absolute belief, absolute happiness. And I wanted that.

It was the one thought on my mind. I lied to myself, repeating my inner mantra that I was almost there, wiping my palms on my already damp shorts, my calves cramped at the gentle incline. I came to the end of the hill and with a mixture of relief and dismay, I saw a steep set of stairs leading up into the rock cliffs. 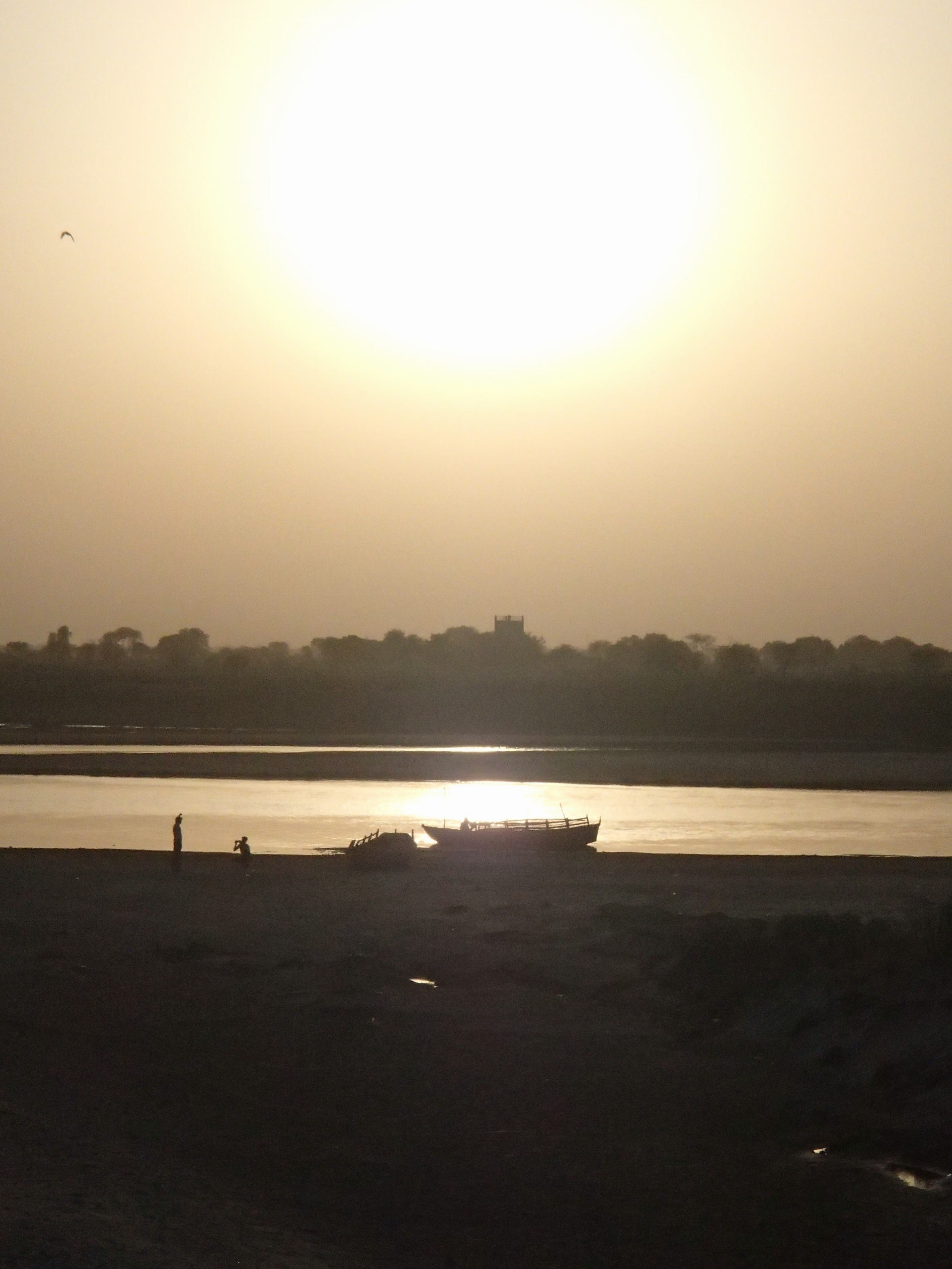 The steps dipped in the middle from years of use and wear. I took them two at a time, adding a third lie to my list: that it was less effort this way. Longer strides equalled fewer steps equalled easier. Simple math, although my already-sore legs disagreed as I made my way over the deep red stones.

When I reached the top, the first thing I saw was a ticket booth. The second was a sign forbidding photography without a pass. The third was an enterprising young man selling water and cold drinks. It wasn’t until I paid for my ticket, stowed away my camera, and bought a lukewarm bottle of water that I made it far enough down the narrow path to see the beginning of the caves.

There was a wide, yawning hole in the rock face, which was seemingly only open through the grace of whatever god abided there. Buddhist ones, the signs told me. The caves were deep, providing sufficient shade and shelter from the sun to prove a blessing for the multitude of local and foreign tourists who had gathered there. I ran my hands gently over the detailed carvings, casting a cautious eye over my shoulder towards the lone security guard. He was busy chasing monkeys.

The rock was rough beneath my fingers, although the face of the man carved there was gentle—his lips forming a faint smile, his hands extended, his legs crossed. Beside him was a row of identical figures, smaller, but with the same look of serenity on their faces. I made my way around the cave, examining them one by one as I went, looking to cement them in my mind.

When I reached the end, I saw that the trail went further, winding around the corner. I followed the path, coming to a stop when I saw a new cave, four times as tall as the last with the same smiling stone man standing guard, except this time he was upright and much larger. I barely reached his mid-calf. There were two of him, each guarding either side of the door. With a respectful nod of my head, I entered the cave. Here a double row of pillars supported the high ceiling, and a giant dome was covered in small orifices.

Standing before the gloom, I waited. Yes, my knees were shaking, but I wasn’t sure if that was the aura of the place or a side-effect of the long walk. I’m going to have to walk back, I reminded myself with a groan before remembering that I was supposed to be thinking awestruck thoughts.

There was a wide, yawning hole in the rock face, which was seemingly only open through the grace of whatever god abided there. 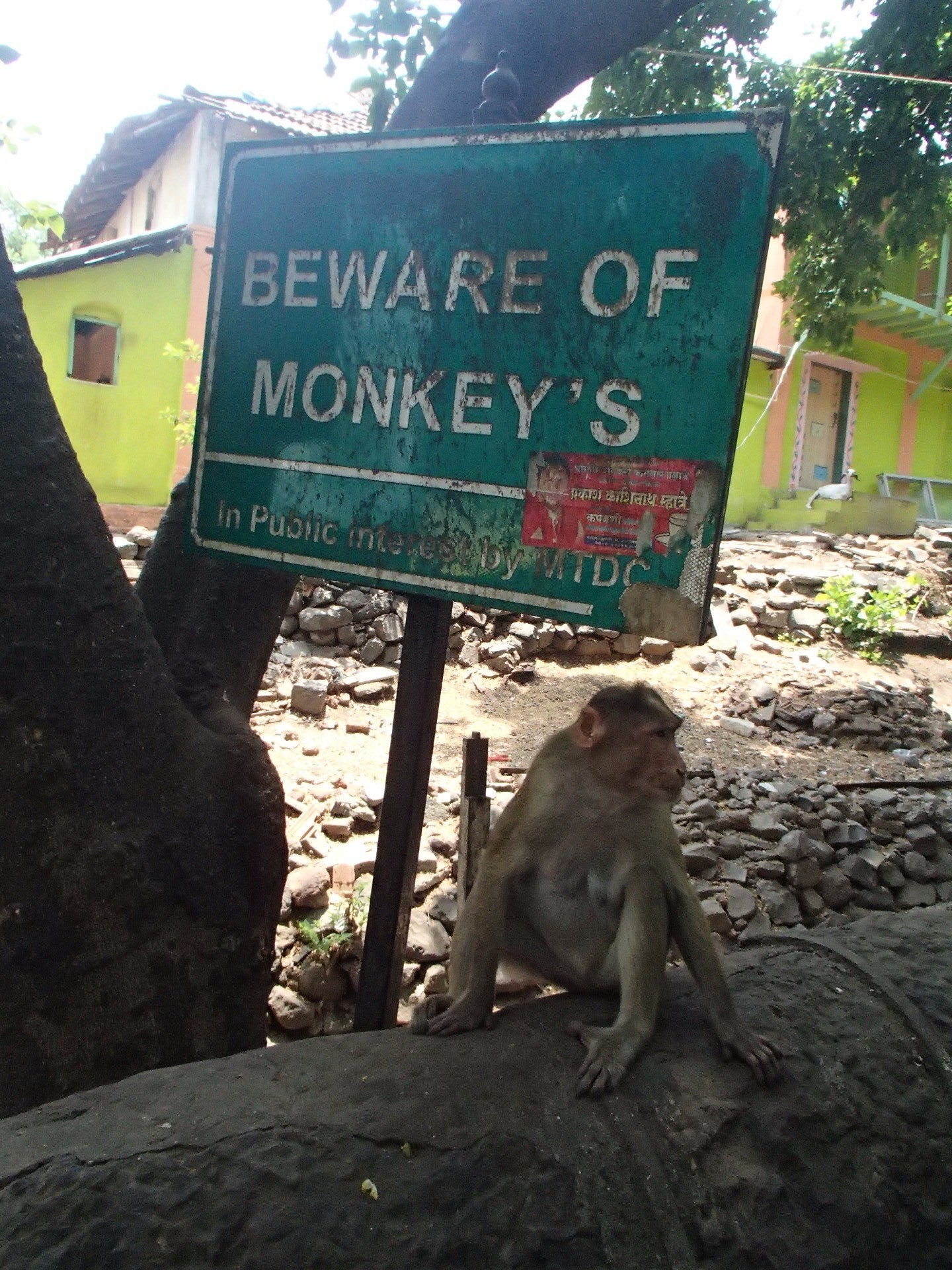 And there at the edge of my mind, I thought I felt something: an idea of something bigger, an idea of something the guards might have been protecting. Perhaps, an unattainable, unknowable history, more ancient than I could even dare to guess at. I slowly let my eyes wander around the cave, taking a deep breath and waiting.

“That is an elephant.”

I jumped, turned, and saw the security guard standing beside me and smiling. He still had the stick he had used to chase the monkey.

“Really?” I asked with a smile, following where he was pointing. There was indeed an elephant, carved into the top of a pillar.

“And there, tiger. Powerful. And camel.” He pointed to successive pillars.

“And there, house. With rider.”

“A house?” I squinted at each of the pillars. Perhaps it was because it was dark, but I couldn’t see it. I turned my head slightly, frowning.

I caught it, the faint sound of an r.

“Yes,” he said, clearly satisfied that I had finally caught up. “With rider. Rider is god.” 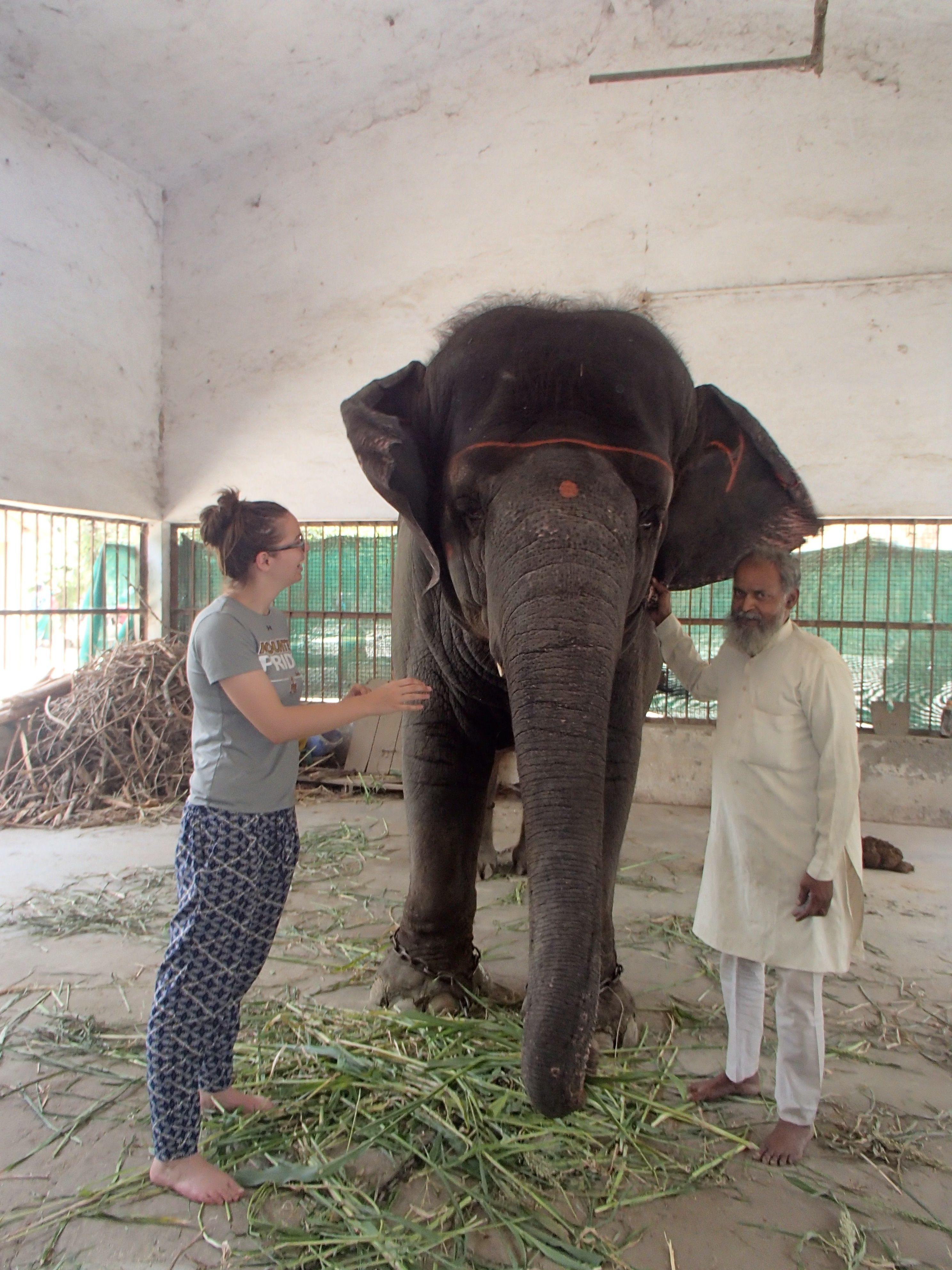 He went through the pillars, walked me around the dome, and talked about the construction, the history, the reparations done. By the time he was finished, I had a clear understanding of the caves. And the magic, the mystical aura, the shaking in my knees, was gone. Or maybe the shade had finally refreshed my bones.

“Thank you,” I said politely. He looked prepared to say something, ask a question or explain another fact when his eyes caught something else and he darted off. I watched him go, a manic, magic grin in his eyes as he made a beeline for a clearly foreign couple who were attempting to feed the monkeys.
Although the hottest part of the day had passed, the walk back was long. Less lies were required since this time I actually did recognize some of the landmarks. I wasn’t disappointed though this was a half-lie. Magic, I knew, was going to take some time. I went to several more caves, temples, and riversides, chatted with holy men and young housewives, but I did not find magic in any of these things. Spectacular sunsets and sunrises that left me sleepy yet satisfied, but nowhere close to the amazement that I desired. Nowhere near to my desired mystified. Heat exhaustion, a slight case. The milk not quite curdled.

I went along with it. Once the car stopped, the driver guided me across hot sand, passing a small school of young, Brahmin children who smiled and waved. An old woman sat in a huddle and prayed. I froze on the cool marble steps of a large enclosure, dimly aware that behind me, money passed from my driver’s hands into those of the man watching the enclosure door. In a soft voice, my driver told me I could pet her. Before me was the elephant. Lucky, holy, I remembered the security guard telling me, so long ago at those caves. She watched as I came forward, long lashes blinking slowly in the midday sun as the long trunk descended to scoop up a small bundle of leaves, bringing them delicately to her mouth. Her forehead was painted orange. Holy colors, I recalled learning from a previous temple visit. Her ears flapped by her sides.

It wasn’t the dust and it wasn’t the heat that suddenly struck me. As I placed one hand on the rough trunk, feeling the coarse hairs that were scattered across her skin, a giggle burst from my lips.

“Radha,” the elephant-keeper said, introducing me to his charge.

Magic, I knew, was going to take some time. 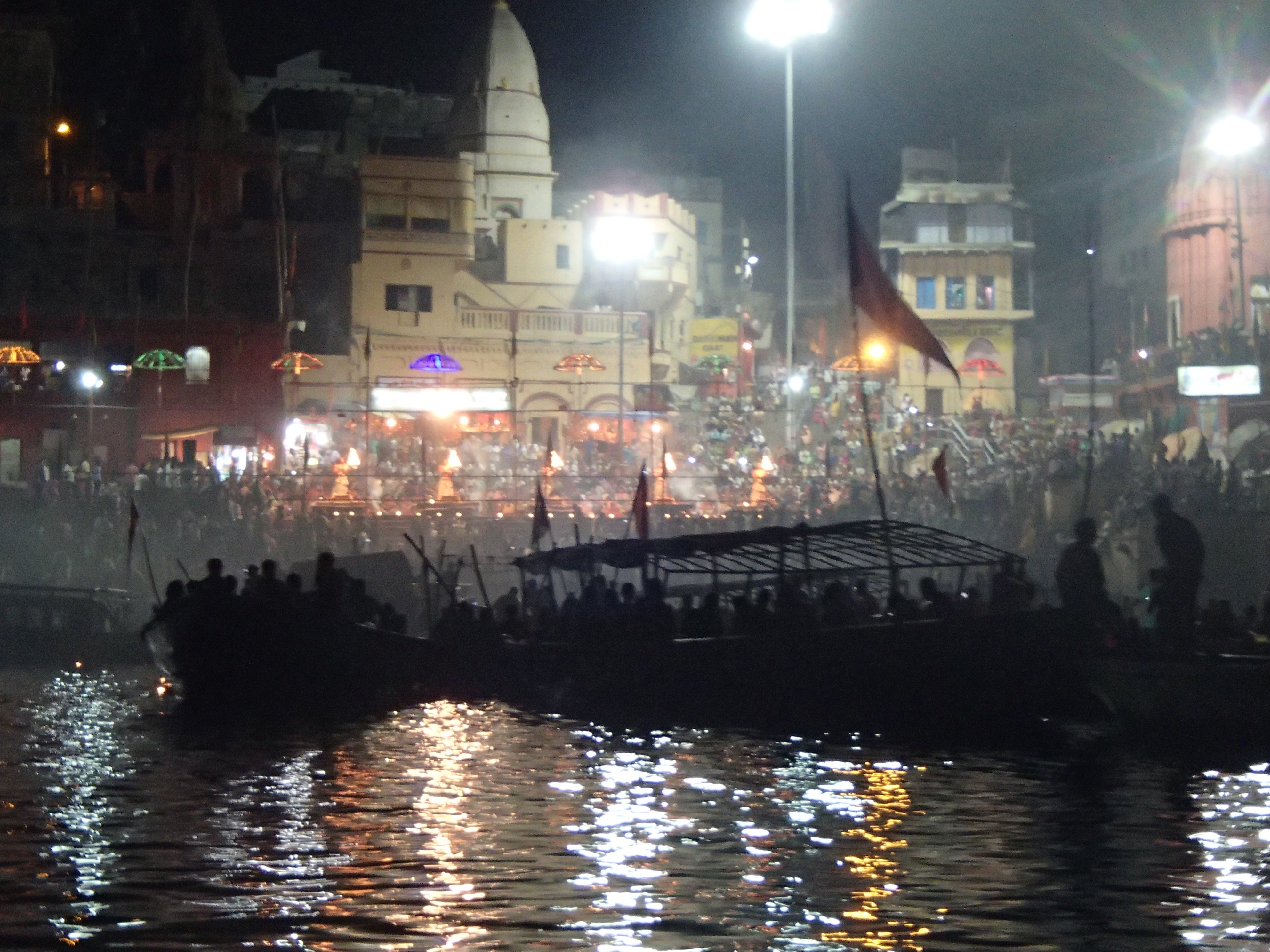 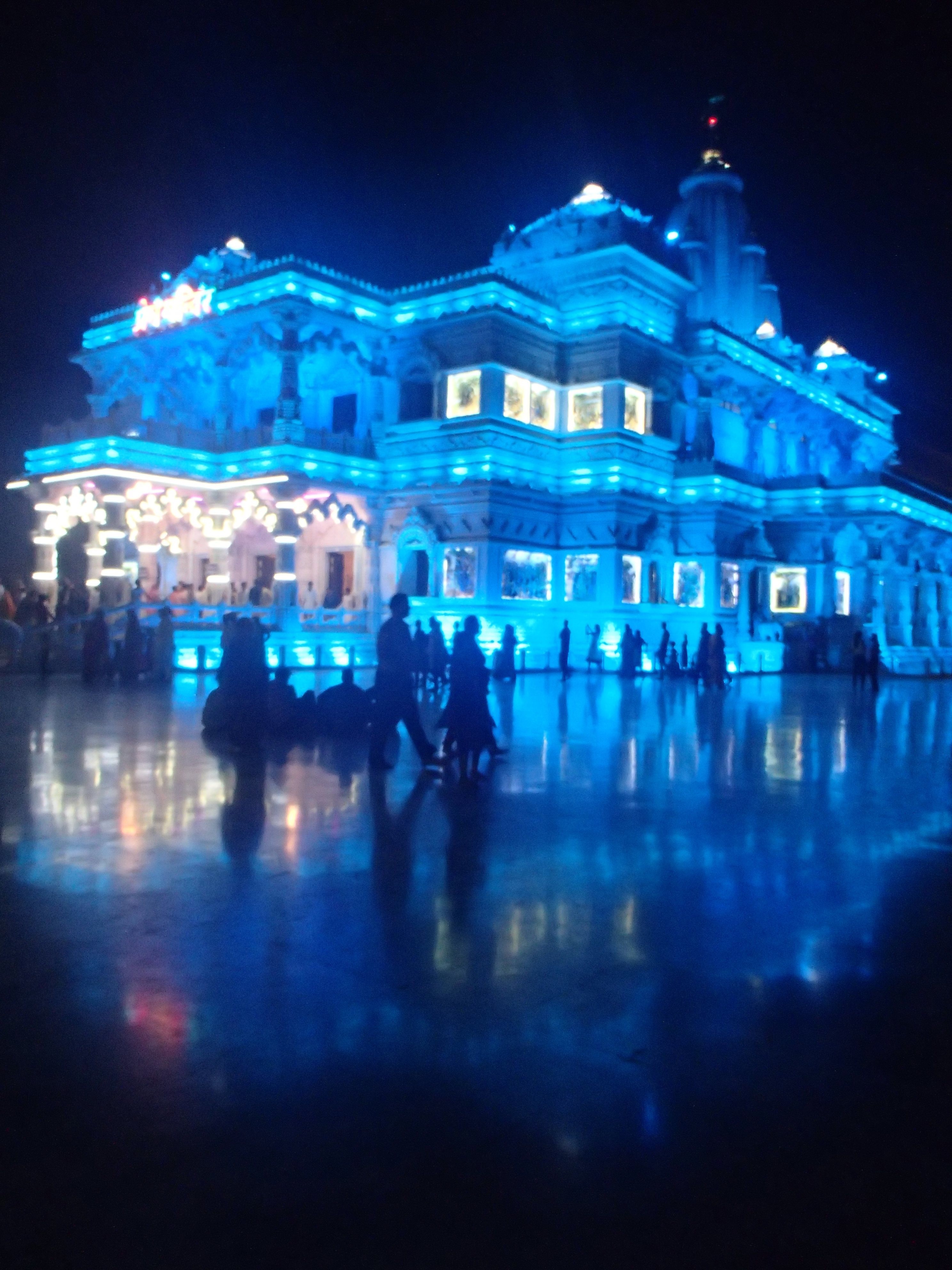