Travel, with its opportunities for hardships and exploits, is the crucible that forges the mythic hero across cultures. 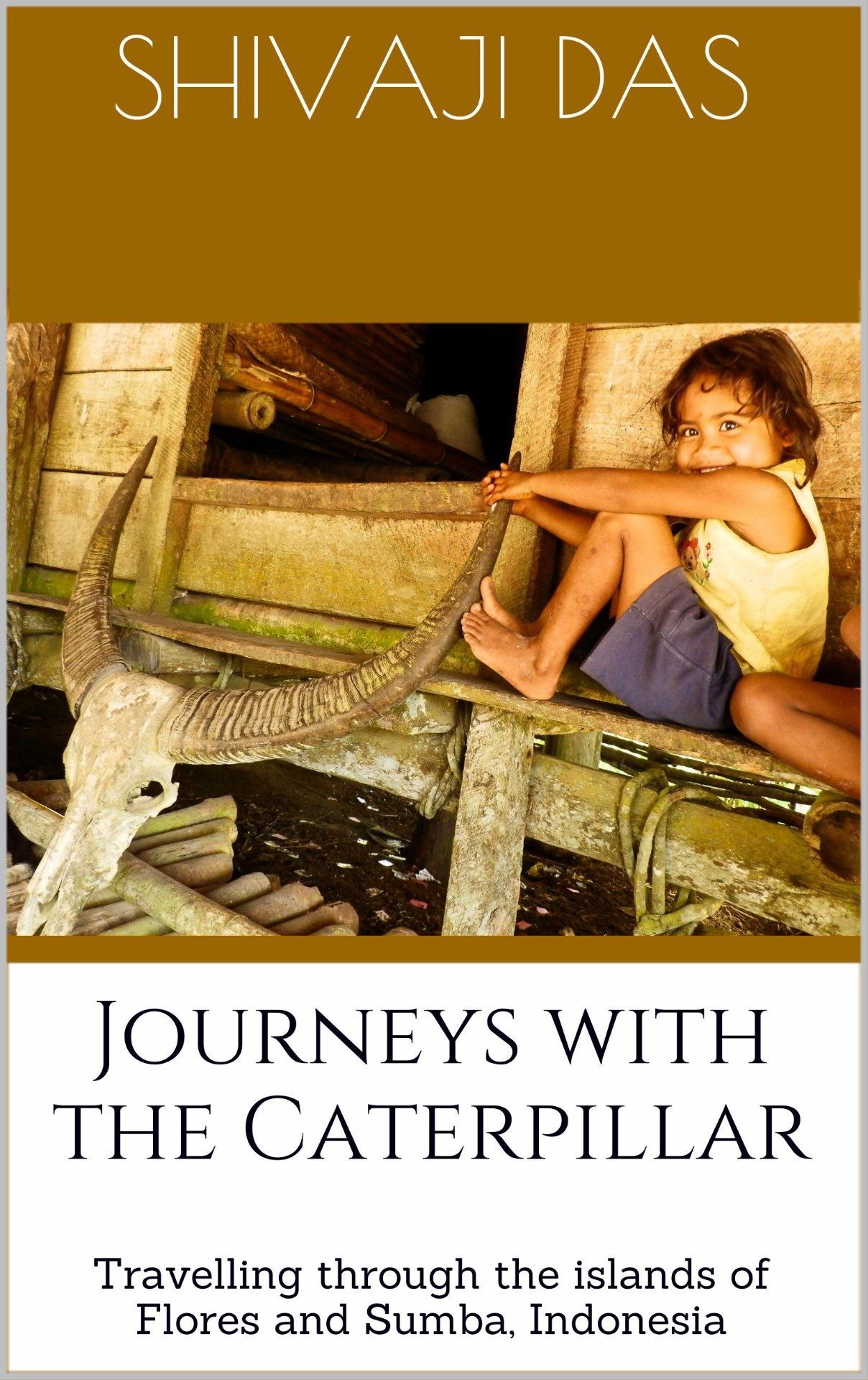 Art and literature hold the power to transport us to other places, where we can vicariously experience other landscapes and cultures.

Works like Journeys with the Caterpillar: Travelling Through the Islands of Flores and Sumba, Indonesia allow readers to embark on sensory adventures without leaving their living rooms.

Based on a 2012 trip, the self-published e-book written by Shivaji Das explores the province of Nusa Tenggara Timur (NTT) in Indonesia, spanning the islands of Flores, Komodo, Rinca and Sumba.

The islands are located east of Bali and can be reached by air or by ship.

In the course of his travels with his fiancée Lobo (now his wife), Das, 36, encounters Komodo dragons and witnesses the slaughter of a buffalo as part of the funeral ceremony for an elderly woman.

He describes the natural beauty of the region he visited:

“Here, islands greet the sky with over a dozen volcanoes rising from the seas, nestling within them color-changing lakes that shelter dead spirits. Along the edges, shores adorn themselves with kaleidoscopic stones and beaches blush from the remains of dead pink corals. Nearby, baby Komodo dragons scramble for the nearest tree, fleeing from their mothers.”

What motivated you to write this book?

For some years I have been a big fan of Indonesia and Indonesians, because of their warmth, simplicity and honesty. This book is perhaps an expression of that love that I owed to the country.

What do you hope readers, particularly those unfamiliar with Indonesia, will take away from the experience?

With its young population, unimaginable diversity and a troubled history, Indonesia is an intriguing country.

I hope that by reading this book, readers will be able to know about ancient animistic cultures still thriving in these islands, explore stunning yet remote landscapes, enjoy hilarious moments as they join me and my fiancée interacting with the locals and also get a real feel of the place through the photographs from this trip.

Can you describe the people living in the geographic region where your story takes place?

The islands rarely see visitors. Some of the villages we visited, such as Wae Rebo, were only accessibly by foot. Villagers there have to carry their sick for four hours to the nearest hospital. Children spend their weekdays in separate towns where schools are available.

In these islands, people live in small tightly knit communes, holding on to their ancient cultures. They practice elaborate animistic rites for births, weddings, harvests and funerals, and one’s prestige is still measured by how many buffaloes and pigs he sacrifices. Across the islands, one encounters overwhelming humanity that celebrates and greets life with ever-blossoming smiles in the midst of grinding poverty.

Can you describe the kindness you encountered during your travels?

We found that strangers took on our comfort and safety as their responsibility. They were poor and not connected to the rest of the world, yet they had this immense curiosity about us. Even today, I get calls from the people we met there: Mama Mena, a vegetable seller on the streets; John Kumis, a chicken seller in a decrepit market; and Emil, a motorcycle driver for hire. They don’t owe me anything, yet they spend their meager income to make expensive international calls to ask about my well being. Whenever I think of that, I feel a stirring in my heart.

One event during your journey impacted you in a profound way. Can you explain?

One of the highlights of the trip was watching a traditional funeral in Sumba, famous for its bloody sacrifices of buffaloes and pigs as an offering to accompany the deceased to heaven. Being a conscientious vegetarian, this was of course rather awkward for me, but it has to be seen in the context of their thousand-year-old tradition.

Das recounts the scene in the book:

“The crowd lined up along the street, shoulder to shoulder, back to front. Fathers held up their boys over their shoulders. The older children climbed up the trees to have a better view. The pressure of the crowd was building behind me. On the other side, an opening formed in the crowd and about fifteen men assembled around the buffalo tied at the very end. The sacrifices were about to begin. We were in the remote island of Sumba, Indonesia, invited to witness the funeral rites for a hundred-year-old woman.”

What did the photos you took during the ceremony reveal?

When I flipped through the thousands of pictures we had taken, there was one—not brilliantly framed—where the machete was an inch away from the sacrificial buffalo, well on its way to tear off its veins in the next millisecond. With its eyes closed, the buffalo seemed to be anticipating the blow. It was alive at the moment, but a blink of an eye away from irreversible death. I knew what happened after that.

Stavans and Ellison invite us to aspire to be travelers, to lose our centers, to welcome surprise and the occasional discomfort, and to remember above all that ‘to reclaim travel is to reclaim the capacity to wonder.’ 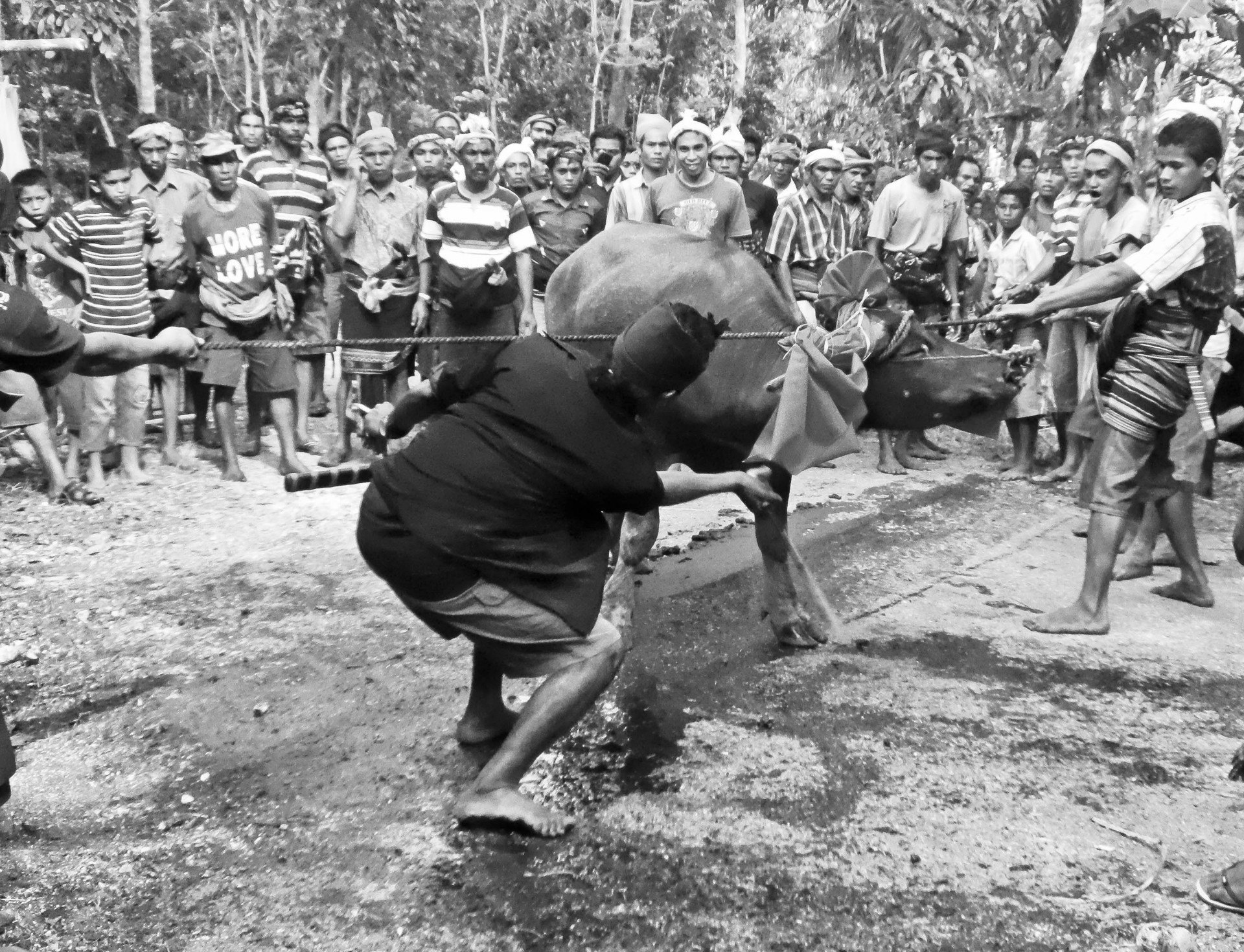 Can you discuss the spiritual significance of this trip for you?

I realized that in between all this transience, it was so tempting to be part of a myth, the Sumbanese myth or a myth anywhere in the world, of a realm where one can become an ancestor and stay as such for infinity, watching everything, feeling everything, remaining real, in memories and consciousness of everyone yet to be born, even if diluted in identity, but still not extinct till mankind became extinct.

Can you describe the scariest moment of your trip?

Being inches from the menacing Komodo dragon was quite an experience. But for me, the scariest moment was when we were trying to reach the ferry terminal in the town of Ende. It was well past midnight and the whole town was black. Half awake, we stood outside our hotel, hoping to get someone to take us to the jetty. I couldn’t think properly. Not even a dog was passing by. There was no way of going anywhere.

After waiting for 20 minutes, we found a man in a motorcycle approaching. He was not a driver for hire but we explained to him our situation. He just looked at my wife and asked me, “Where is she from, China or Japan?” That was not a good sign. He proposed to take me first to the jetty, then come back to the hotel and take Lobo. I was suspicious why he was so keen to help us. But we had no choice.

When he dropped me at the terminal, I asked the motorcycle driver to wait until I called Lobo, but as happens in the best of times, my phone couldn’t catch any signal. He couldn’t understand why he must wait and without giving me much time to react, got on his bike and left. My muddled mind was clearing up in panic and it began pondering the various casualties that could happen to Lobo. What if the man took Lobo somewhere in this sleeping city? What if he just took all her money? How will I find Lobo? 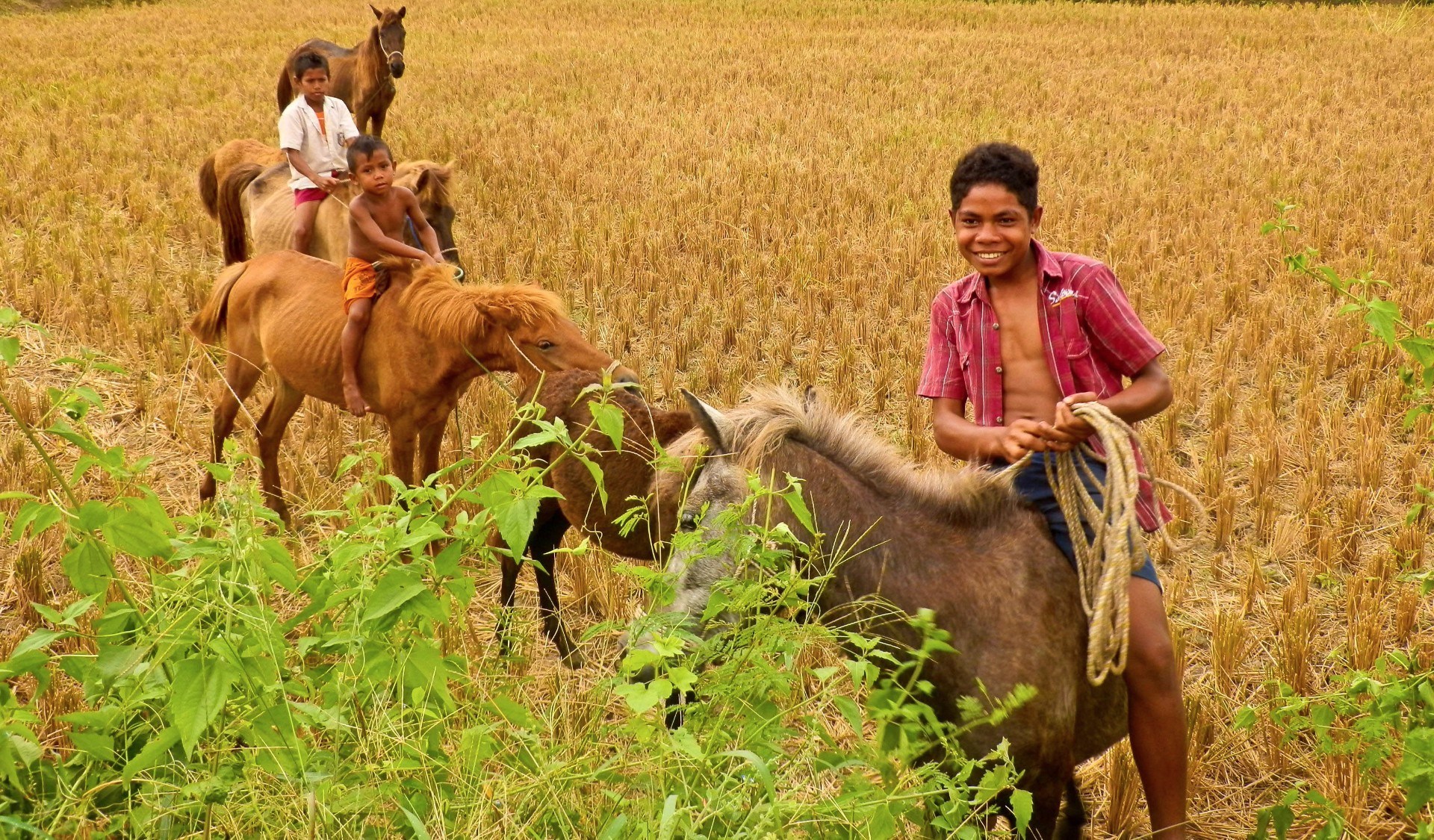 What challenges do you face as a travel writer?

I find lack of familiarity with the local language a big challenge. For my trip, I prepared by learning basic Bahasa Indonesia and this was immensely useful in talking to locals, people beyond the usual tourism industry.

Another challenge I used to face as a writer was shyness. I have lost it and whenever I feel like I would like to talk to this person and know about her life, I just go ahead and do it.

Do you have any advice or tips for aspiring writers?

I would strongly encourage all aspiring writers to just write. There is enough raw material all around us. A writer just has to be conscious and observant. Once someone forces herself on to the writing table, ideas often flow. Another suggestion I would have is to cut out all redundant elements when writing. One tactic I follow is to write a piece and then try to cut its size by a third. 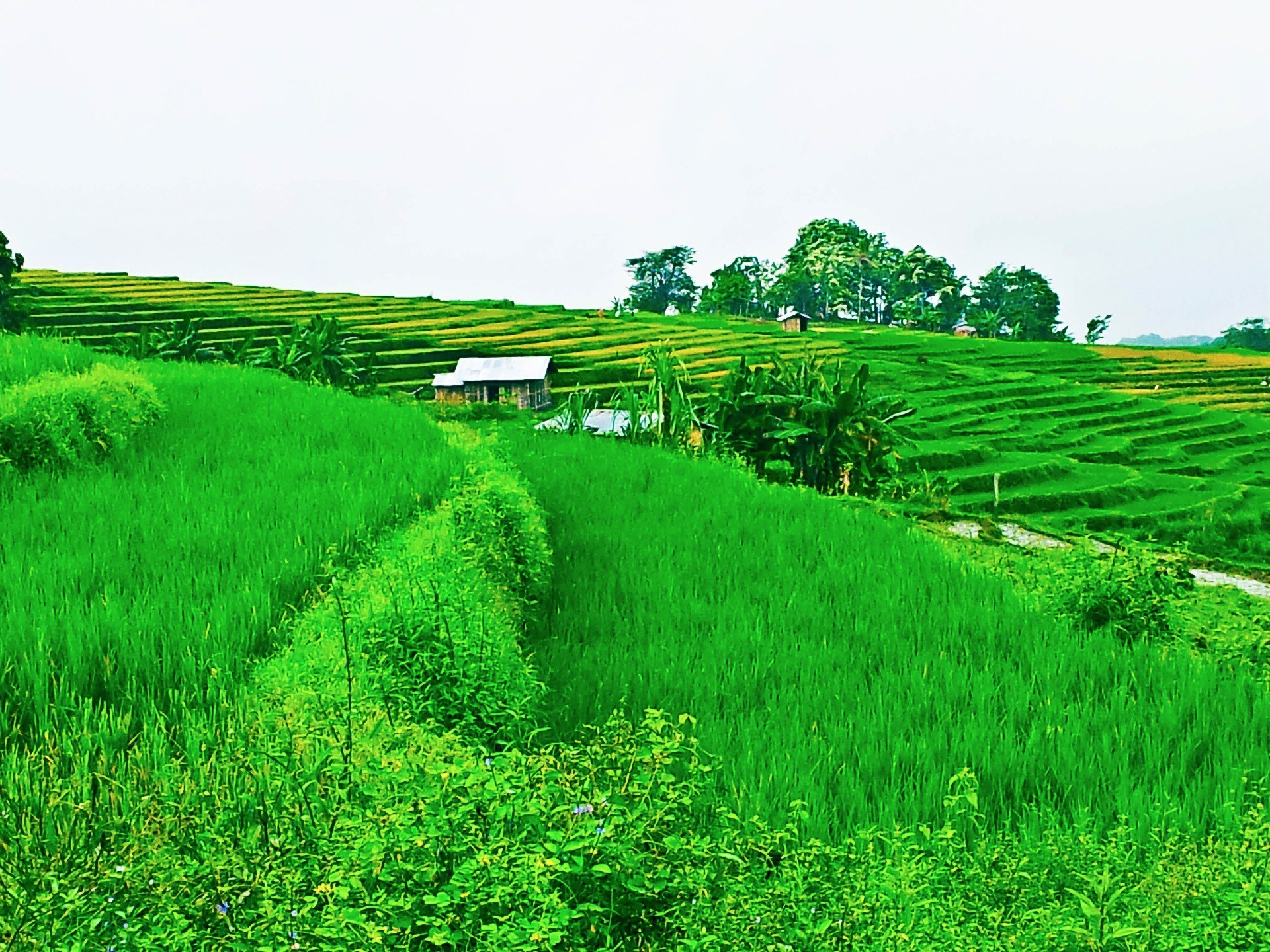 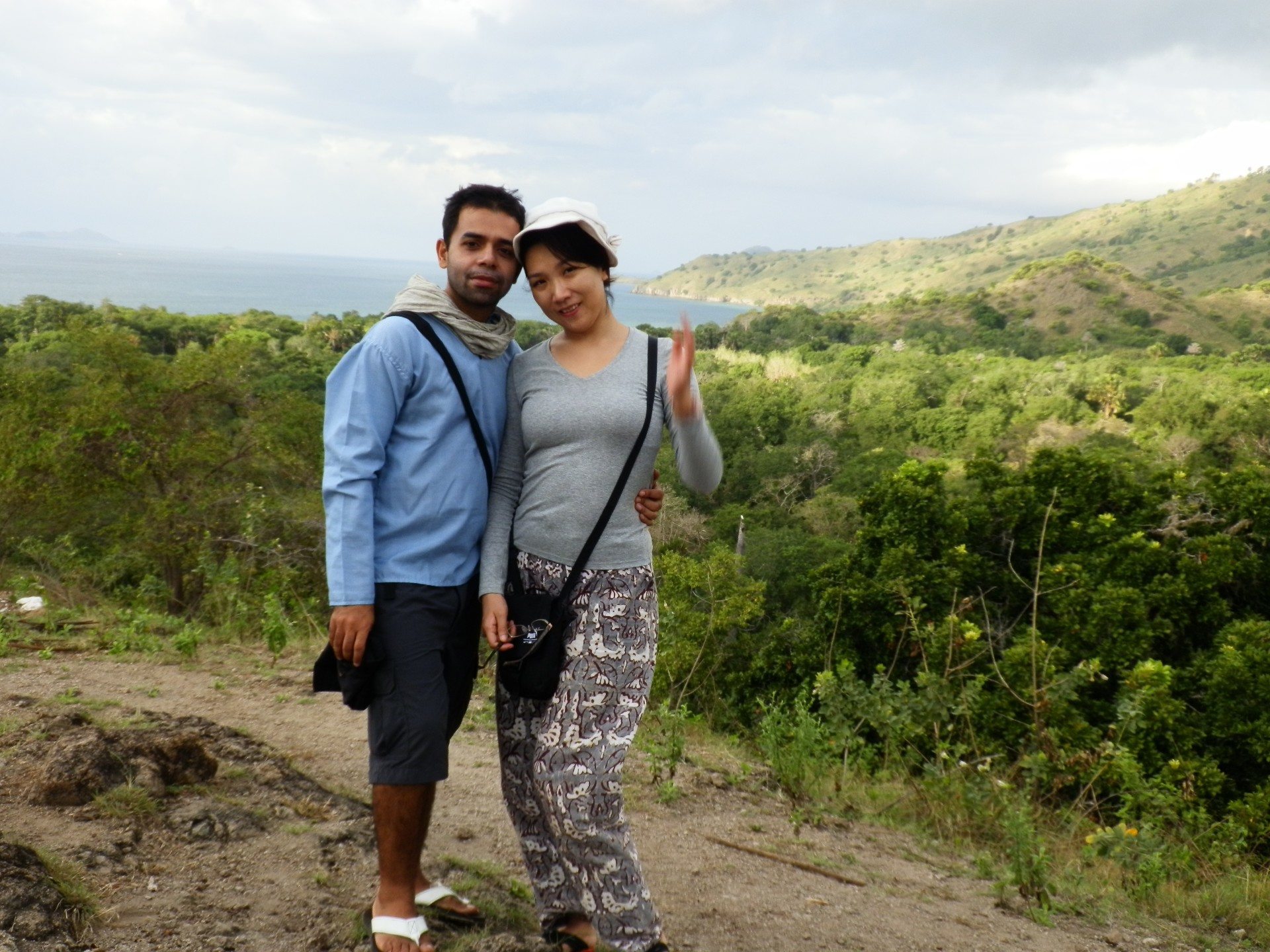 For more information about Das, visit his website at http://www.shivajidas.com/. To learn more about Journeys with Caterpillar, go to the Goodreads page. And you can order the book on Amazon.