In December 2016, I was privileged to complete my life’s goal of visiting all seven continents by traveling to Antarctica. Everything about the trip, via ship, was more astounding than I had imagined it could be. If ever there was a place incapable of being adequately represented in photos, it’s Antarctica. However, it was fun to try anyway.

One of the most compelling aspects of the iceberg scenery is how dynamic it is. Almost any other landscape you can come back to next year and try again if you aren’t happy with your photographs. But here, there are no second chances. None of the ice features in these photographs will look the same next year, and many will no longer exist at all.

It’s the most profound and emotional landscape, or seascape, I’ve ever been in. Sometimes, particularly while kayaking, I’d be brought to tears, surrounded by so many forms of ice — slushy ice “cubes” newly separated from their winter shelf, icebergs melted into magical shapes, icicles dangling like jewels, enormous icebergs larger than our ship, larger than an office building, whose layers of snow portray (in the same manner as rings in a tree trunk) thousands and thousands of years of winters — some bergs straight and blocky as tables, some tipped up at remarkable angles, some rhythmically dipping up and down like a rocking chair in the water.

The drama of the scenery is, to me, emphasized by how basic it is … that is to say, it’s composed solely of the most primary of our planetary elements  — water. Then the sun melts and morphs the layered and fractured snow into endlessly varied shapes and textures to float through the ocean depths. The color palette is minimal — white and blue. The ocean water and the sky add only black or gray, and occasionally a golden hue.

The complexity rendered does not reflect the paucity of artistic tools — merely water, sun, a white paintbrush and a blue one. What we see is a transcendental creation, not stark and bland, but sublime and surreal. The icebergs spark the imagination with their fantastical shapes the way that passing clouds do — it’s a rabbit, it’s a crocodile, and as one travels past them, they change almost the inverse way of clouds, as they’re stationary and we’re the ones moving around, causing the shapes and references to change with each new angle.

Here is a selection of different sizes and shapes of Antarctic icebergs. 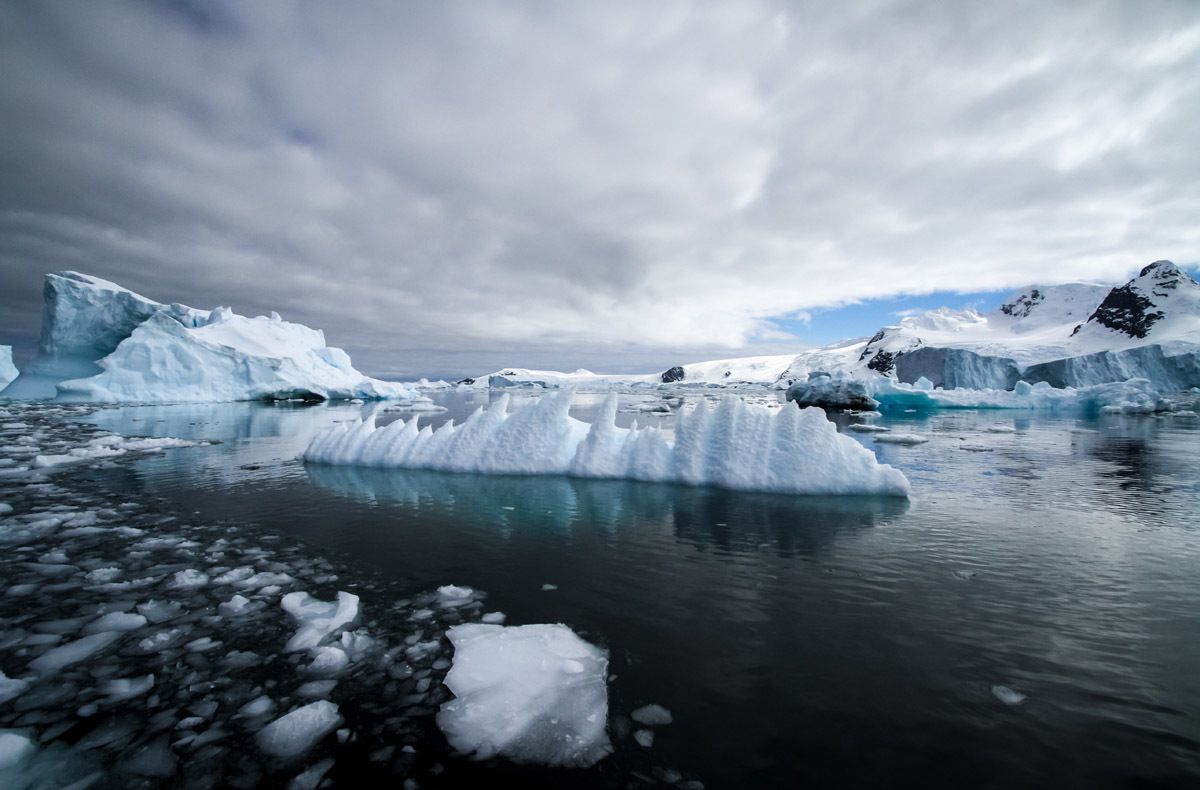 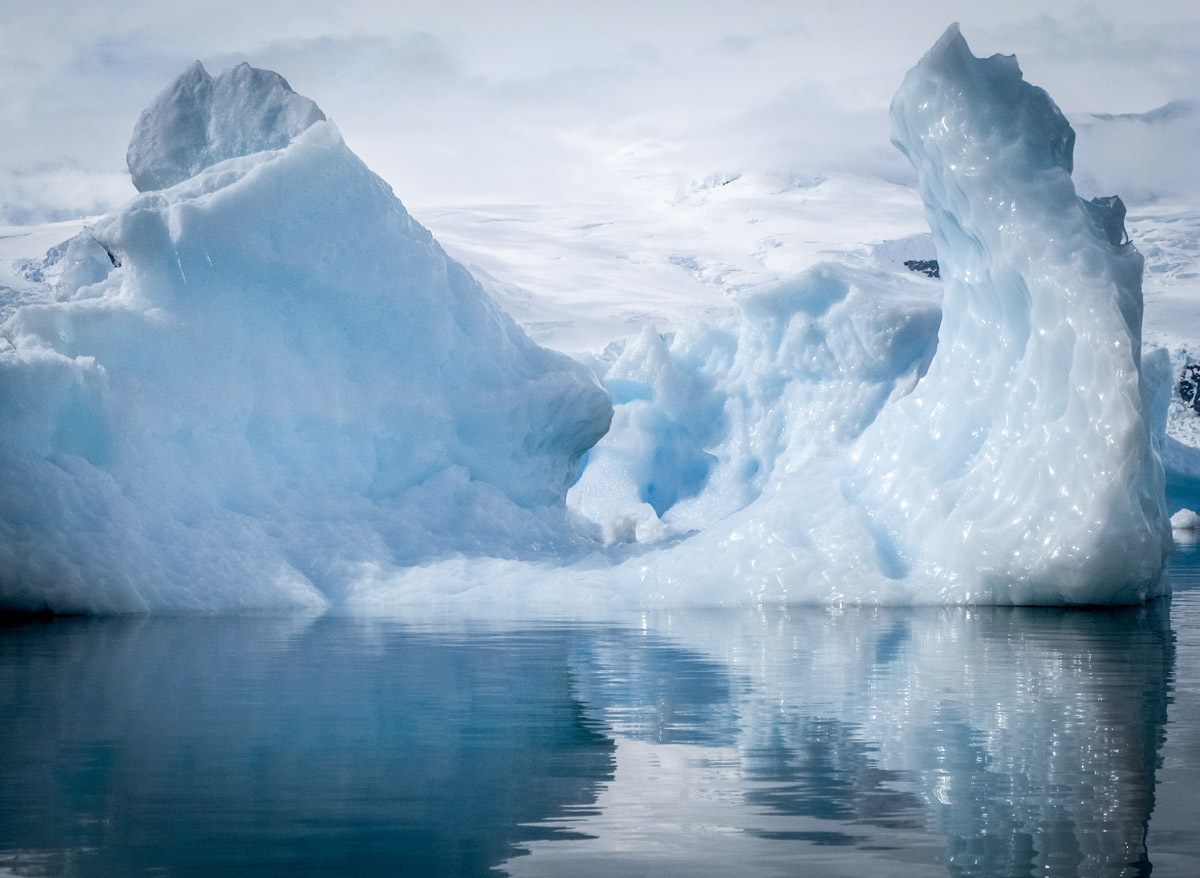 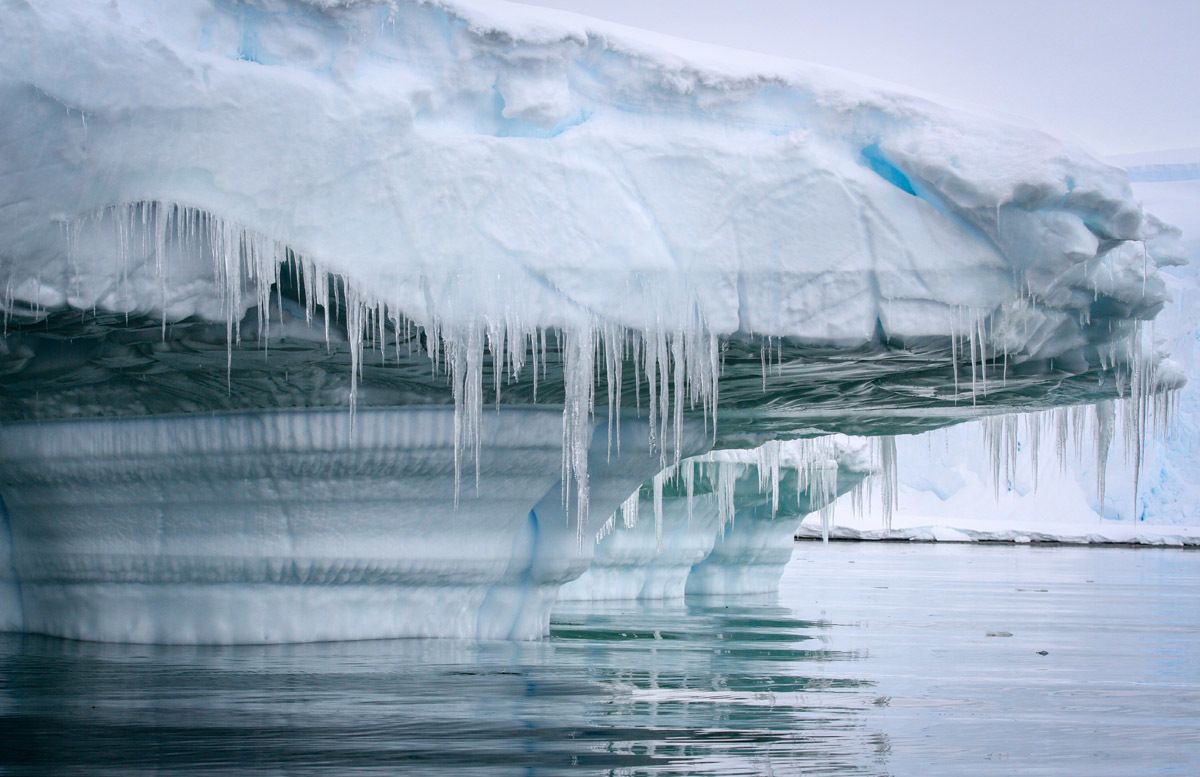 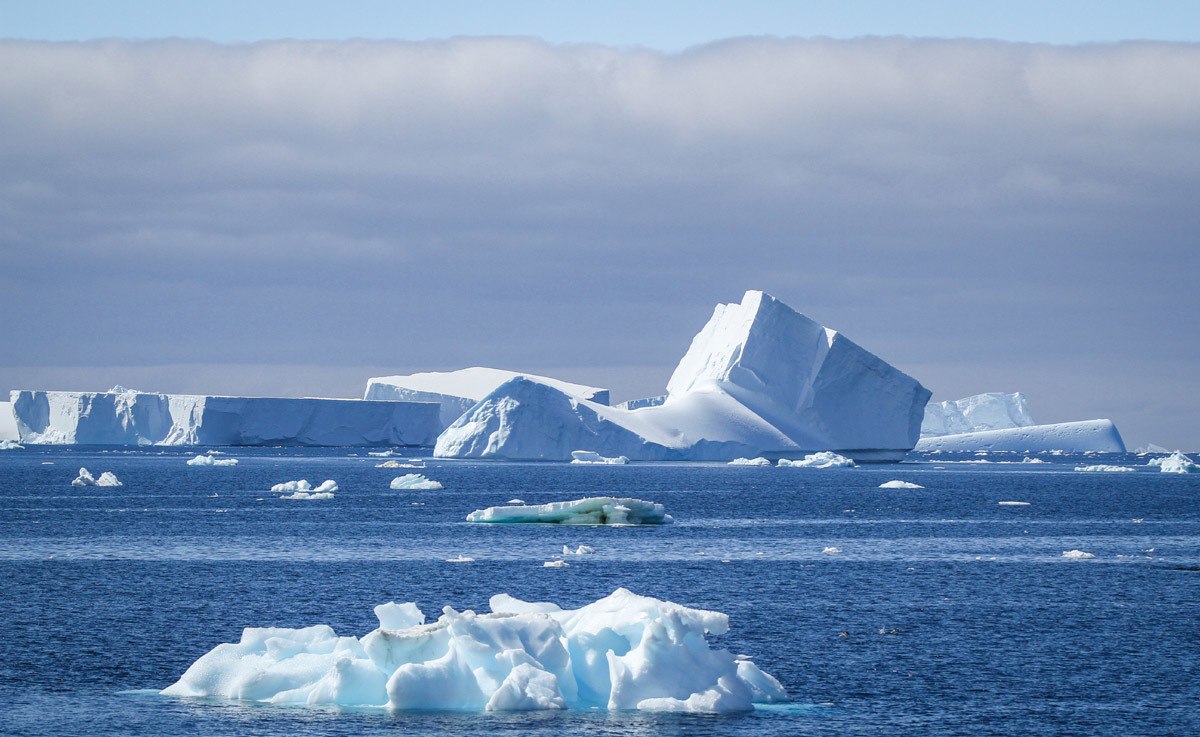 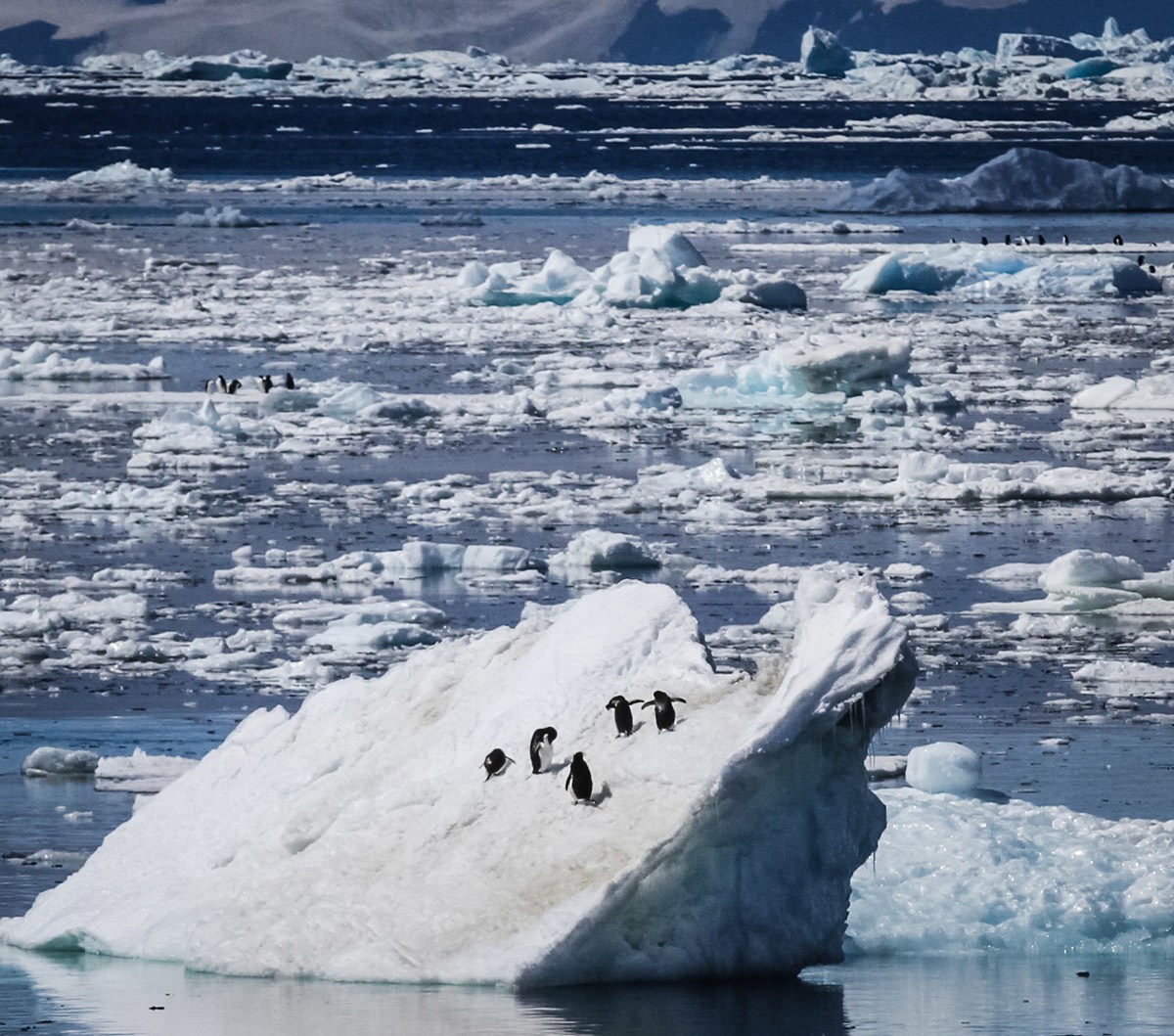 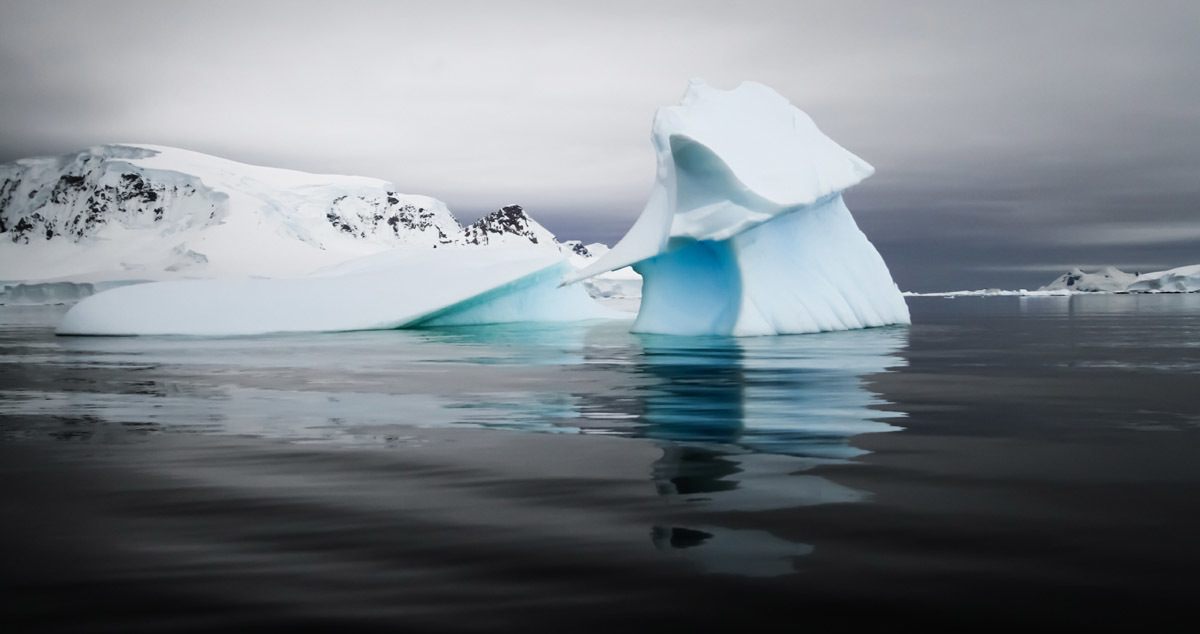 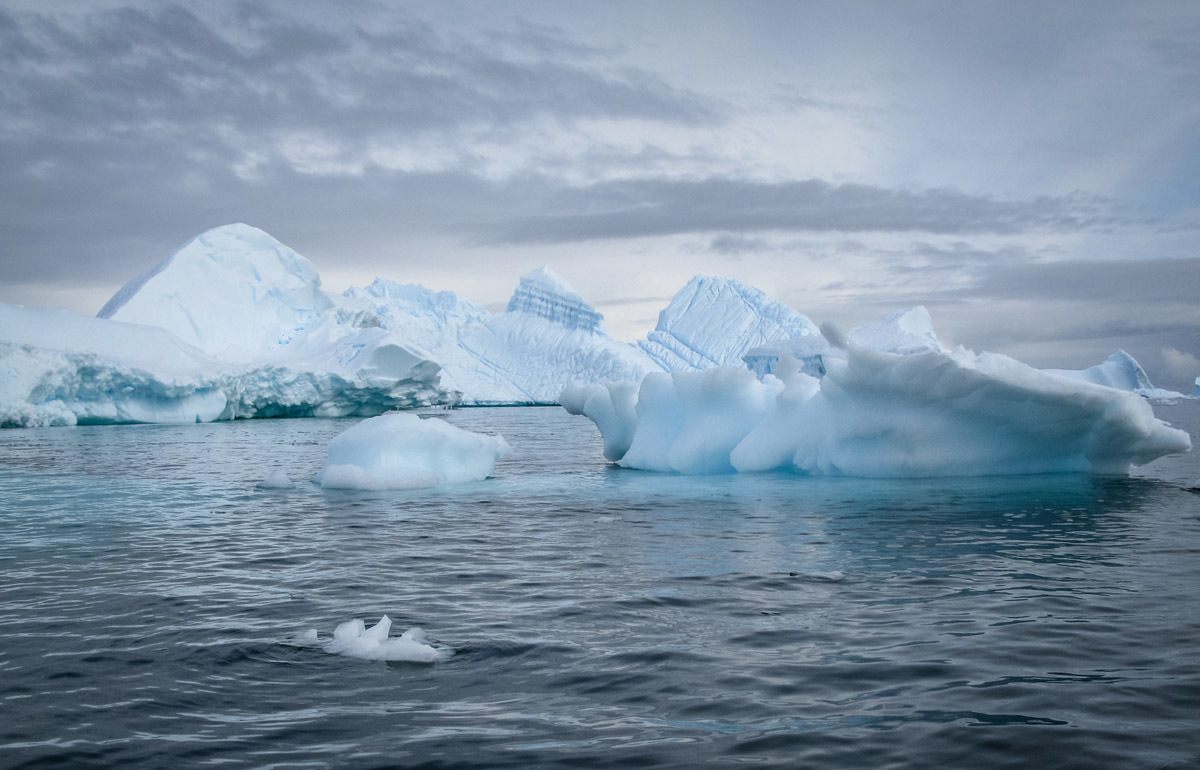 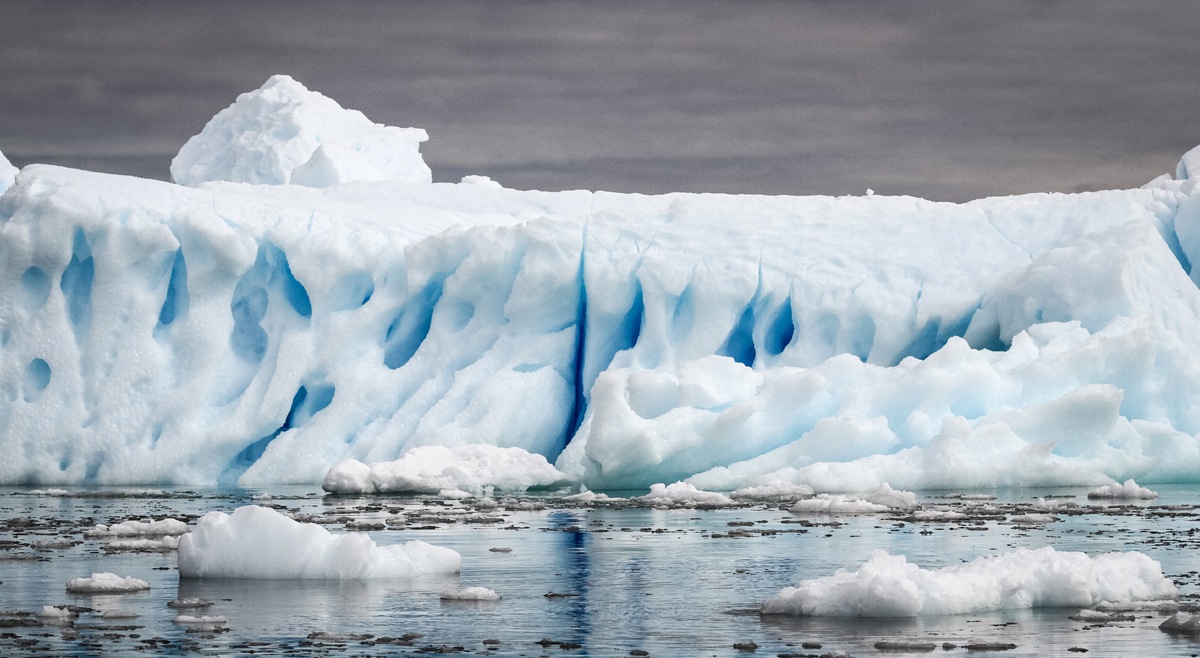