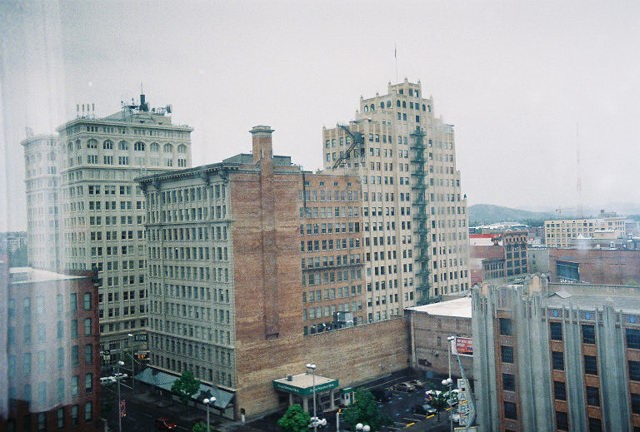 In the plaza on Howard Street you’ll find the unlikely fountain prohibited by iron rails beneath a walkway encased in bronze glass and surrounded by red-brick would-be windows if the concept made it through the financing, and tucked up in there like an afterthought is Benjamin’s Café with one woman serving through the grim afternoon,

her face a relief map of untreated tumors. 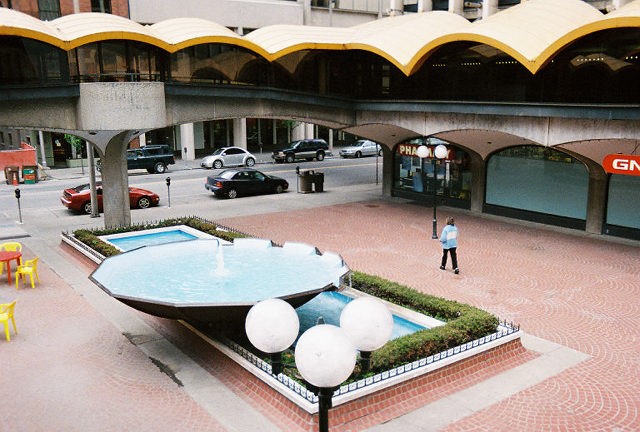 West on Main Lincoln stands a mute copper witness to the convergence of afternoon drivers, and further west find the Shrine Auditorium with soot black colonnades of Corinthian dolor and a Sphinx replica with shattered nose inglorious on a side street without even the embrace of a desert. 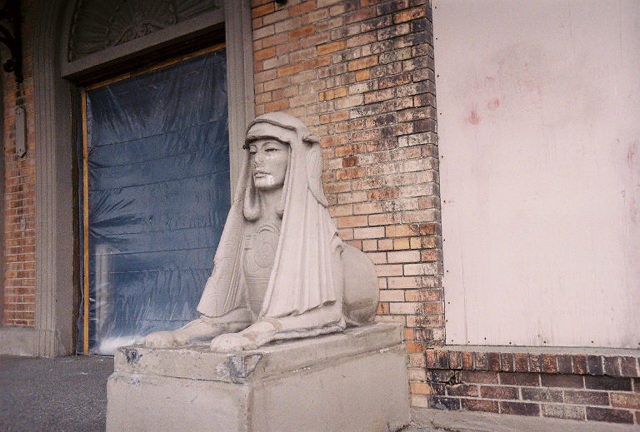 Into Peaceful Valley and Glovers Field the young woman carries a baby in her arms and leaves a trail of milk blankets on the street of scattered homes begun in the dream of the nearby river with shopping carts in empty lots and cars that will never run all contained in the old woman’s gaze as she sits on her porch under the tides of the afternoon clouds blowing over—and is that the howl of water below, or the sigh of traffic on the bridge above? 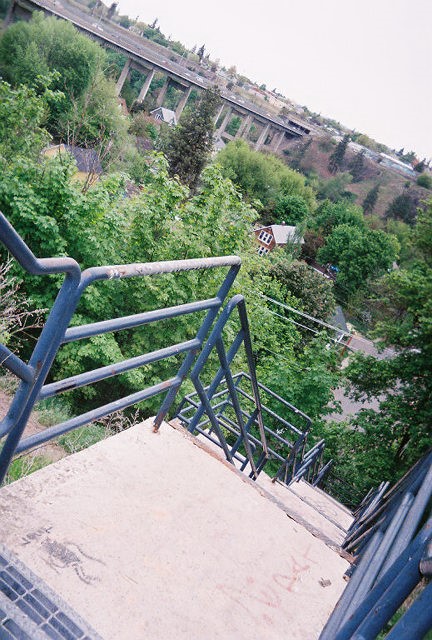 And I ascend the steel steps into the green hillside artifacts, whiskey bottles, lost coat, newspapers, coded cry of graffiti, turn and see one child running through the relay of barking dogs. Soon enough the streets empty, not one sound but the river, construction begun and ended midway in rubble and oily pools, one engine in the black train yard going nowhere, all in all, born old and driving their carts over the bones of the dead among the ghostly whispers of spirits looking for a way back in. 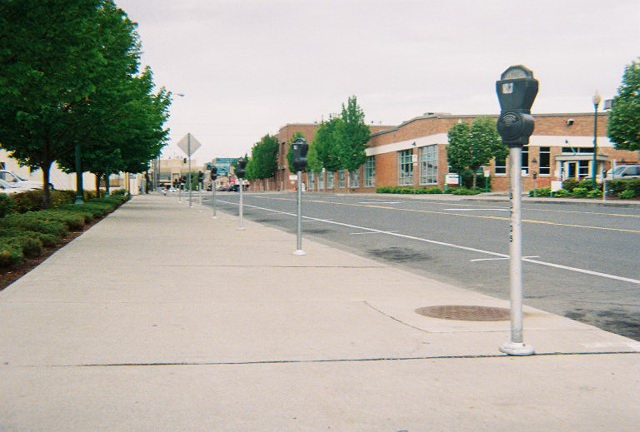 You might envision the end of the world this way, streets devoid of people, a little wind, the hints of something that could have been, the form of a person emerging from nothing more than paper with date unknown, photographs of an earlier age, mannequins with white clothes faded out by time and you calling with no answer coming but the river over which the suspension bridge arcs, water rushing through black monolithic rock as you say this prayer. 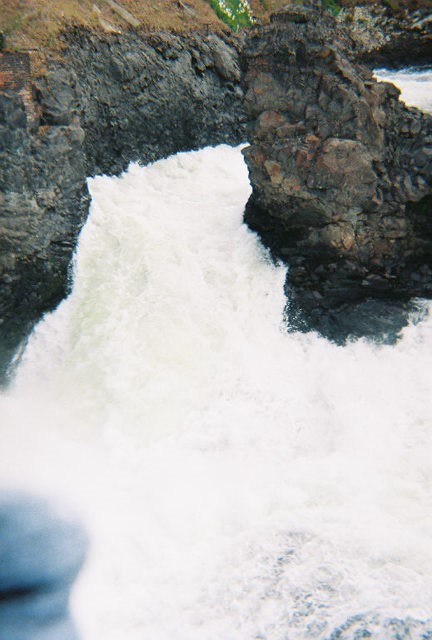 Ghosts howl out of the water, and you realize a whole cascade of voices weaving into the current, the way your cry joins that traffic of wind funneling through the alleyways and torn awnings down to the train yard, the gulley, the alluvial wash where we rise like sea waves once again with unified desire to raise another crucifix out of the dust. 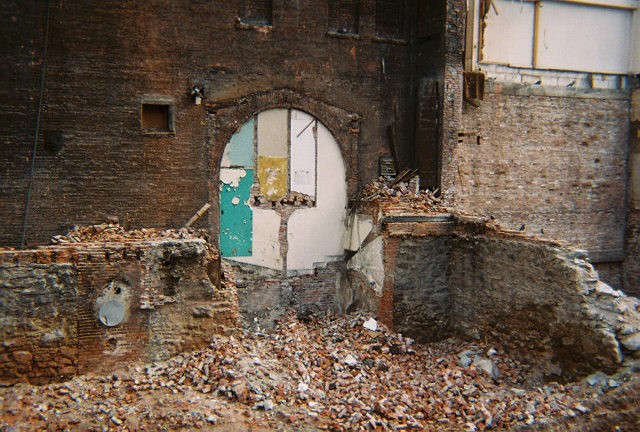 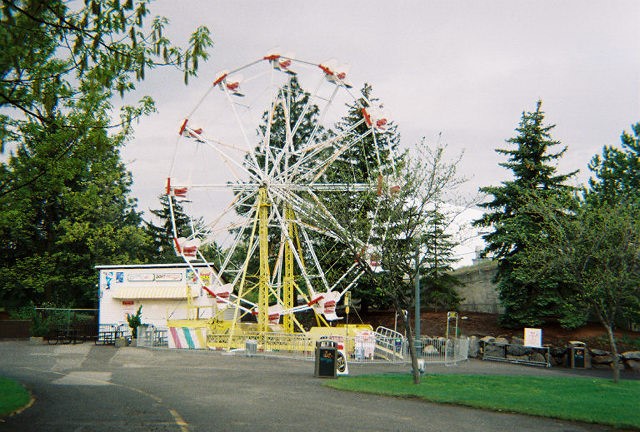 Not a soul among the empty rides, Ferris wheel, plastic pig, tea cup archway to the river— 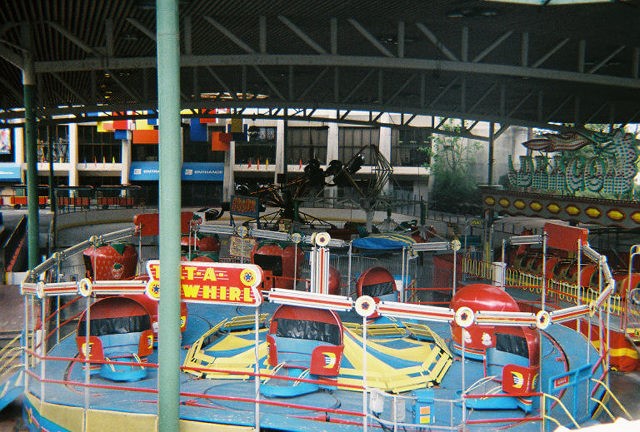 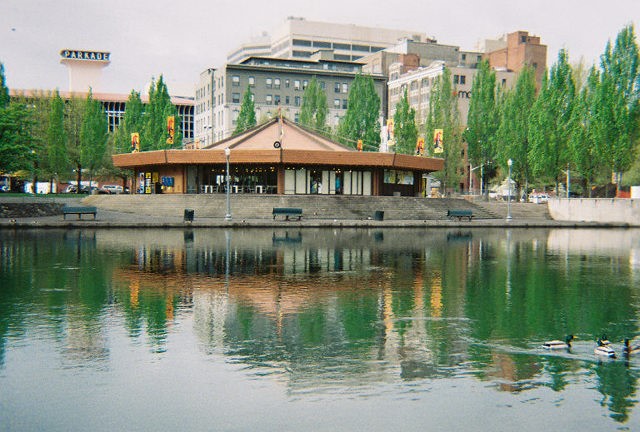 Power plant windows and suspension bridge, white water colliding in the rock chute at high rage of the river— 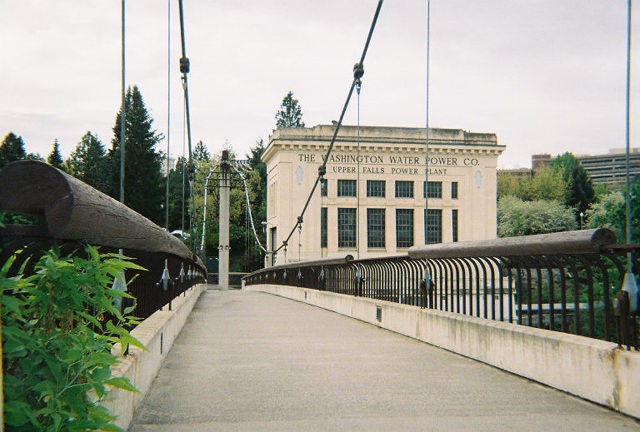 Always at the south end of Cedar Street, an intermittent roar of vehicles and barking dogs, an old woman stooping to push a grocery cart home, and they know but rarely think about the voices, the constant chorus of the river. 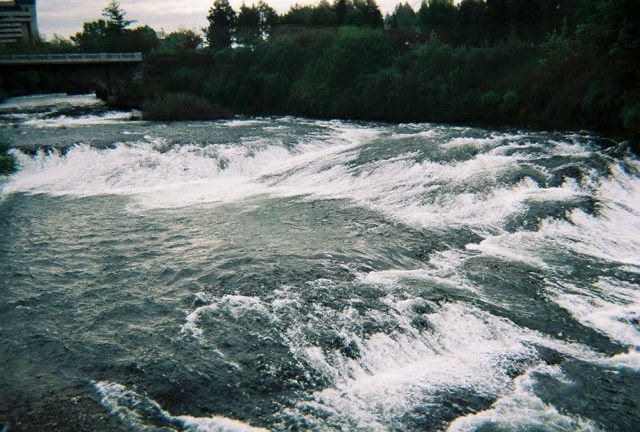 Snapshots in the Clinkerdagger Bar

Betty—though she claims the totem of the bear, I see more movements of bovine behavior, as though I actually stood beside a cow that was farting and ruminating in a field.

Linda—from her eyes you see one poised so perilously on the edge of a great vortex of sorrow, fear, actual terror she nightly invents as she struggles against the comforts and horrors of the black sea of dreams.

Marlene—smart by nature, mind geared-up like a mighty blade in the sawmill of the world’s forest, yet, curious, easily bored, unsure if anyone buys the various masks.

Tina—Truly tortured lost playing at a version of self while the real self leers from its morbid child moth-smothered cave—her sexuality is a hungry ghost, voracious craving for death. 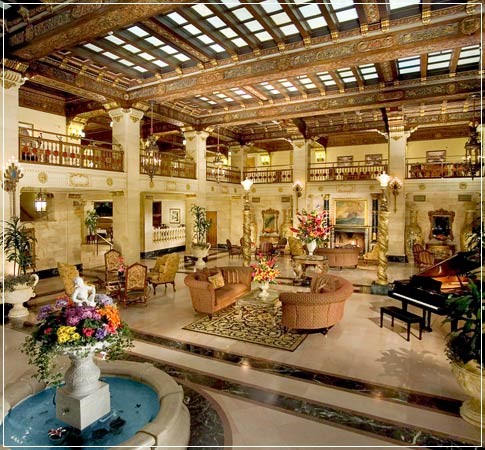 Miners, farmers, conventioneers, train yard, freeway, hills, pools in the middle of Astroturf, spies, detectives, students and drunks, soon soon the building sells, bell-hops and clerks dissolve, the maids with no English walk right through the walls and vanish, and everything else is gutted: wires, pipes and carpet scraps—the hotel takes on the underground shape of the city below. 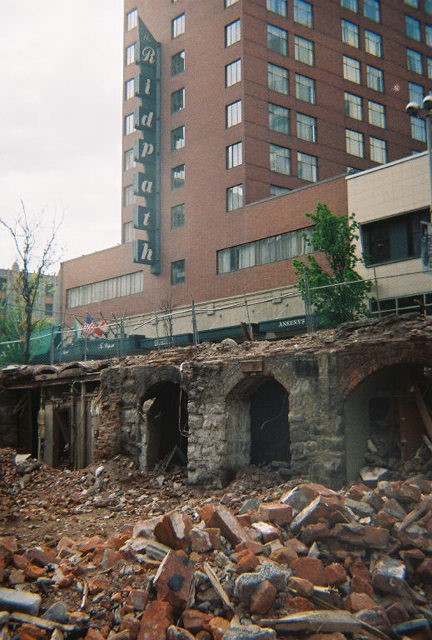 They just got through filming the new Burt Reynolds movie. It’s supposed to be a good one. Cuba Gooding Junior’s in it and someone else. They filmed some scenes in the Cunningham house, and got a picture of old Burt with their daughter who takes classes at Gonzaga. She’s studying literature and wants to be a teacher. Everyone hopes she’ll come back here to live when she’s finished. 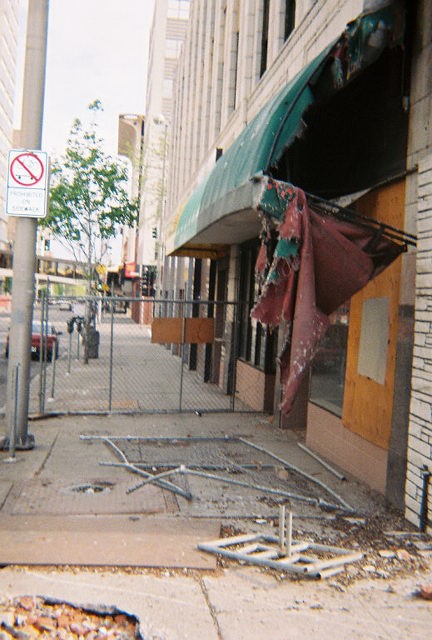 We went to the fair in ’74, he said. It was the last time my father was with us before he disappeared in an apartment in West Seattle looking out over the city. And he left everything he owned behind—paintings, clothes, power tools in the basement. But he wanted to see the expo, so we all drove out—my mother my sister my father and I in the yellow station wagon to see the World’s Fair. And I remember the heat of the road, little desert rest camp and the buzz of crickets, a snake sliding by in the dry pine-needles. When we arrived at the fair, the rides were rickety bone-shakers, the exhibits of the future already looked like the past, but I don’t remember seeing the river. Of all things, the river. Funny I’d forget something like that. It cuts right through the city. 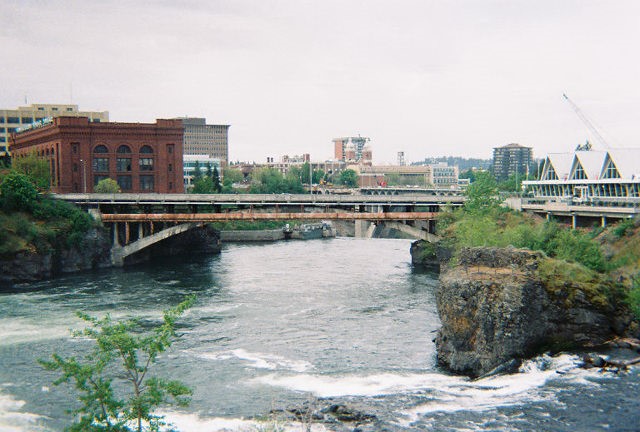