Some will say I’m exaggerating the disfigurement of these courgettes for comic effect in an effort to mask my self-loathing.

Green and bulbous then tapering
to slender pizzles, they are alien fruit
sprouting from pots like open
secrets or the puzzling genitalia
in a surrealist’s landscape. My sister can’t
understand why they turned
out liked that.

We meet once a year, either in Montreal
or Ipswich. This time it’s my turn
to go overseas, picking up the unresolved
conversation as we stroll past beach
huts on the Felixstowe boardwalk. We talk
about how our father used words
like “overseas”, the implication of a point of no
return because one of his brothers had died
in Italy during the war.

I position the courgettes on the kitchen
counter, take a picture
with my iPod and post it on Facebook,
beseeching my gardening homies
for any info on why these courgettes
would turn out
so misshapen, so comically vulgar, so
utterly devoid of hope and meaning. 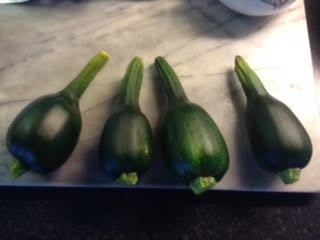 The beach huts are different colours
and have quaint names, like “Davy Jones’
Locker” and “Quebec”. Talk turns to our mother’s
manic depression and my vague memories
of her and I on a holiday. How she met
a man who bought me a wagon. How
they enjoyed talking, the white terry cloth
robe he wore on the hotel’s patio and the Bloody
Marys our mother drank. Like bits
of a remembered dream. My sister fills in
spaces, tries to put things
in context. Then remembers a show on BBC 2
she taped for us to watch, a retrospective
on Davy Jones’ career called, “Before
And After The Monkees”.

These horribly deformed courgettes will live
forever on Facebook, along with
wiseass comments about green
Martian penises, commiserating comments
about epic gardening fails, informed
comments about a lack
of pollination as the possible
reason for their weird shape. I give
the thread a sense of finality
with a comment on how I had seen
a sea-green beach hut
named “Courgette, My Love”. 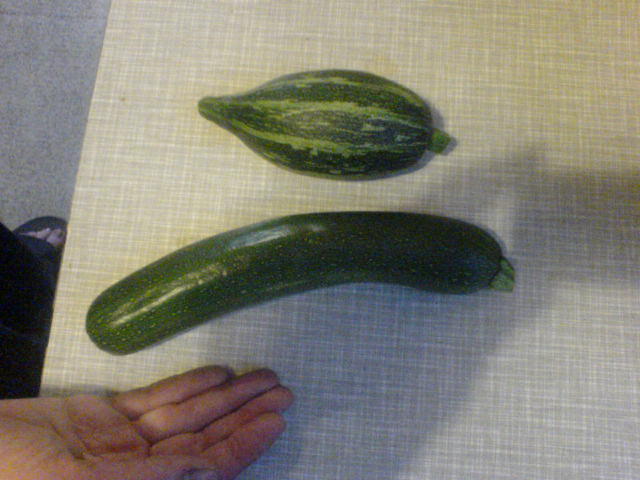 Beyond the beach huts, white breakers
split the rolling tide to celebrate
the frozen sea breaking up inside us as the subject
inevitably progresses to our brother’s
suicide. How we comforted each other
through the long distance line. How “inevitable” became
code for a metaphysical reality: existence
in a double-sided world where there was nothing
we could do, while at the same time we didn’t
do enough. There is an unspoken comfort
in knowing we are no further than when
we started as we reach the end
of the boardwalk, touch the metal rail
for good luck then turn back.

Some will say we are monkeying
around with the grieving
process when we swing between
water and stone. Some will say love
is only courageous when
we can let go.
Some will say I’m exaggerating
the disfigurement of these
courgettes for comic effect in an effort
to mask my self-loathing.
As my sister chops them up
into a casserole with Roma tomatoes
and Gruyere cheese, we discuss the beach
walk we will take
in Aldeburgh tomorrow, where I’m looking
forward to seeing the metal scallop
shell sculpture with the quote from Benjamin
Britten’s opera, Peter Grimes: “I hear
those voices that will
not be drowned.” 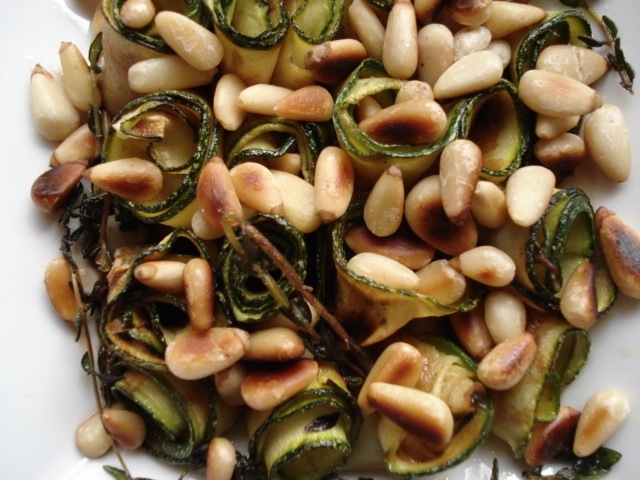