Ever since I met Jeremy Nelson, he has been a bright star for me. His photo, “In the Family Café” was selected as the cover for Cargo’s first issue. Here are a few of J’s photos from China.
—mo

Sichuan, China
These photographs were taken between 2004 and 2005 in the western region of Sichuan Province, near the Himalayas. Revisiting them, I’m struck by the differences in how a photographer encounters the photograph when it’s taken and how a viewer first perceives it. The experience of encountering a scene–or a stranger–is far removed from the composed still shot captured on film. As I looked down the mountainside to see the road disappear into cloud cover I was impressed not only by the spectacular geography but also by the human tenacity of the handful of vendors on the mountain passes; the scent of their cooking laced the thin air as I held the camera.
In Kangding I saw women wash clothes in canals cut into the streets. As I framed the photograph the man in the foreground turned to look at me. Later I would wonder if I had been standing too close, worry if my presence had offended him. But I’d also wonder why he stayed still as I reframed the photograph, pointing the lens away from his shoulder and finding a compromise between propriety and composition. It was one of those fortunate times when the one photograph was enough; I didn’t take another. Perhaps it was a feeling I had permission for just one.
But moment to moment, with camera in hand, these thoughts get in the way. It was the intention to mark the moment, to see only through the viewfinder, that made the photograph possible.
-JN 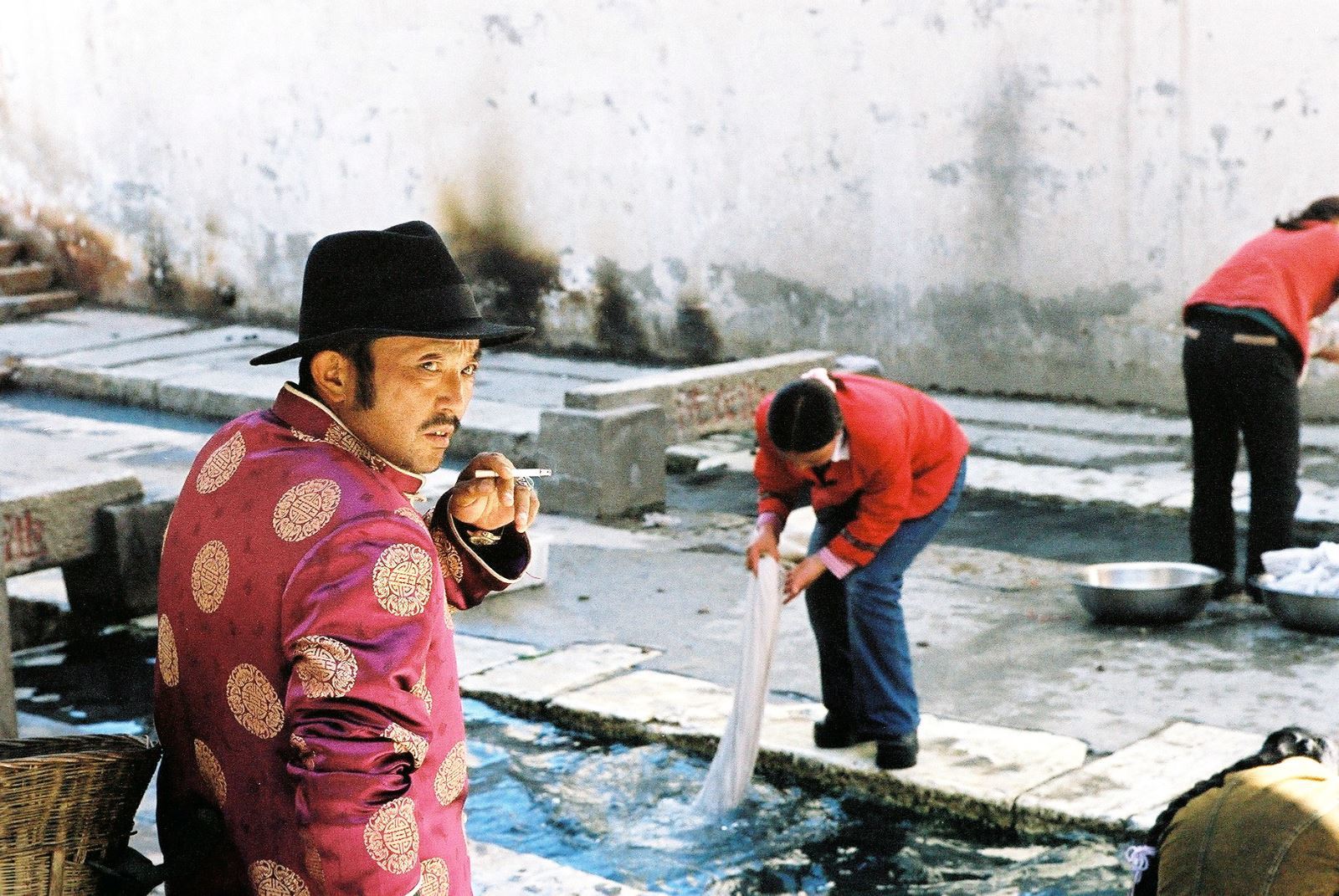 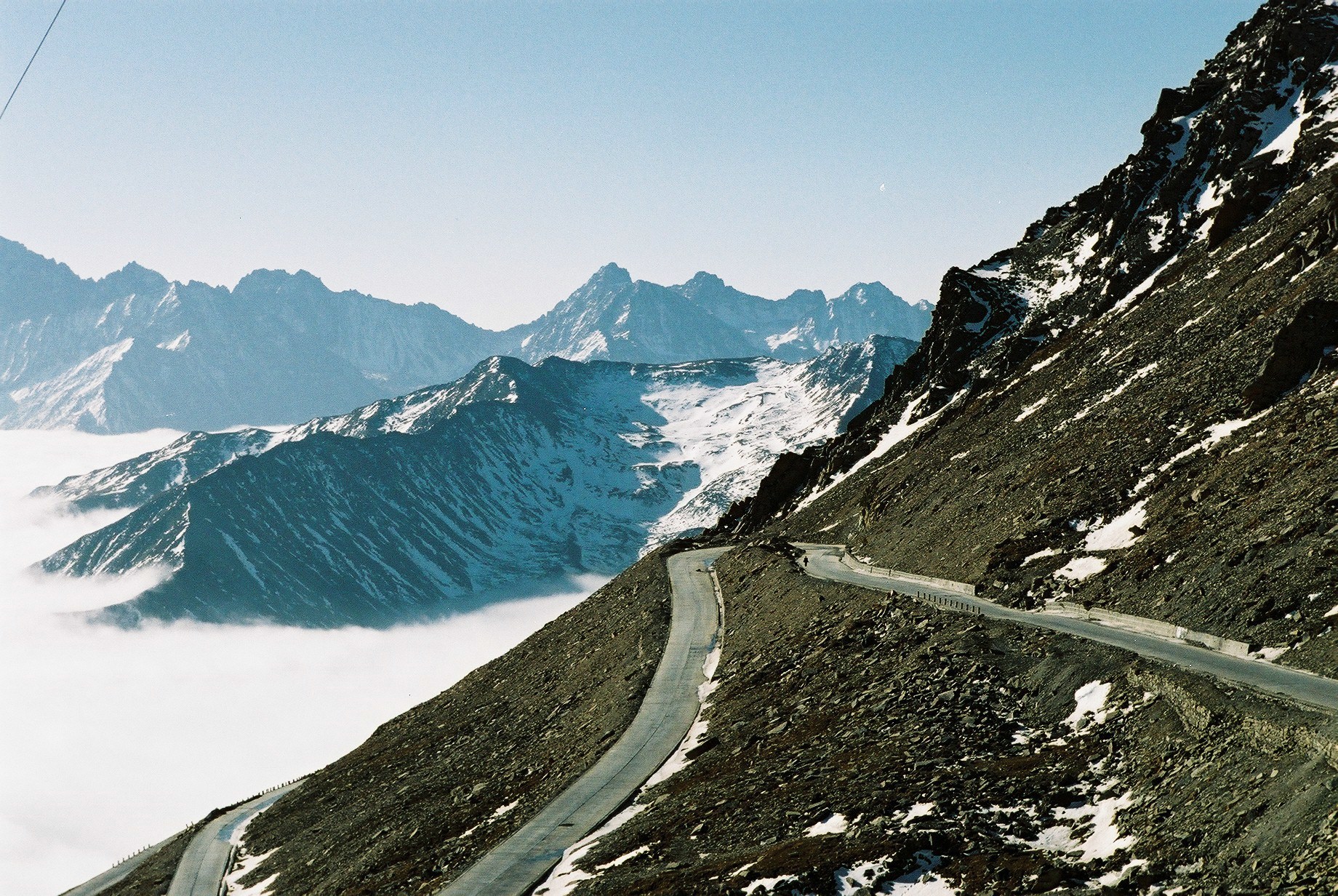 Taken Near a Yangrou Chuan Stand 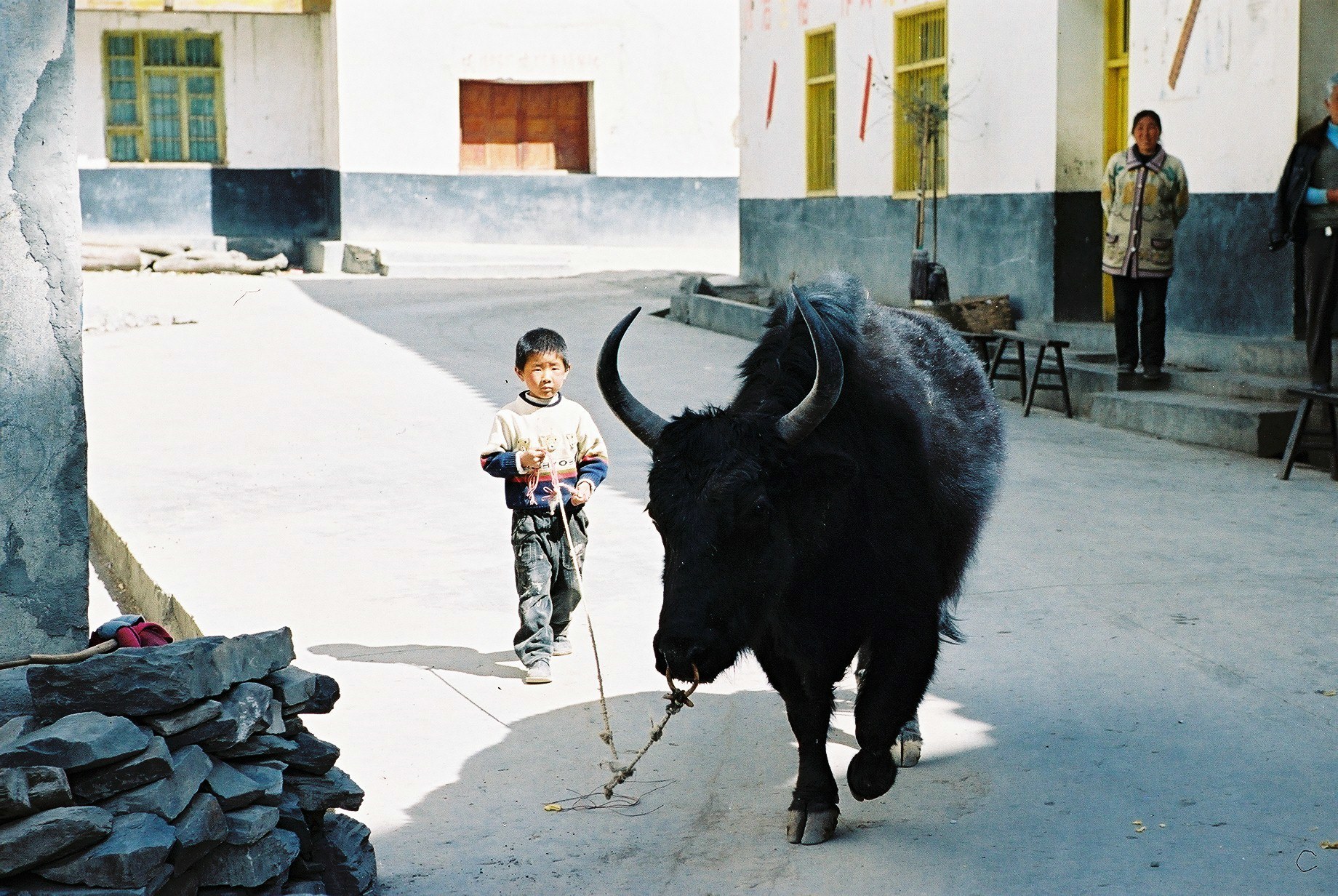 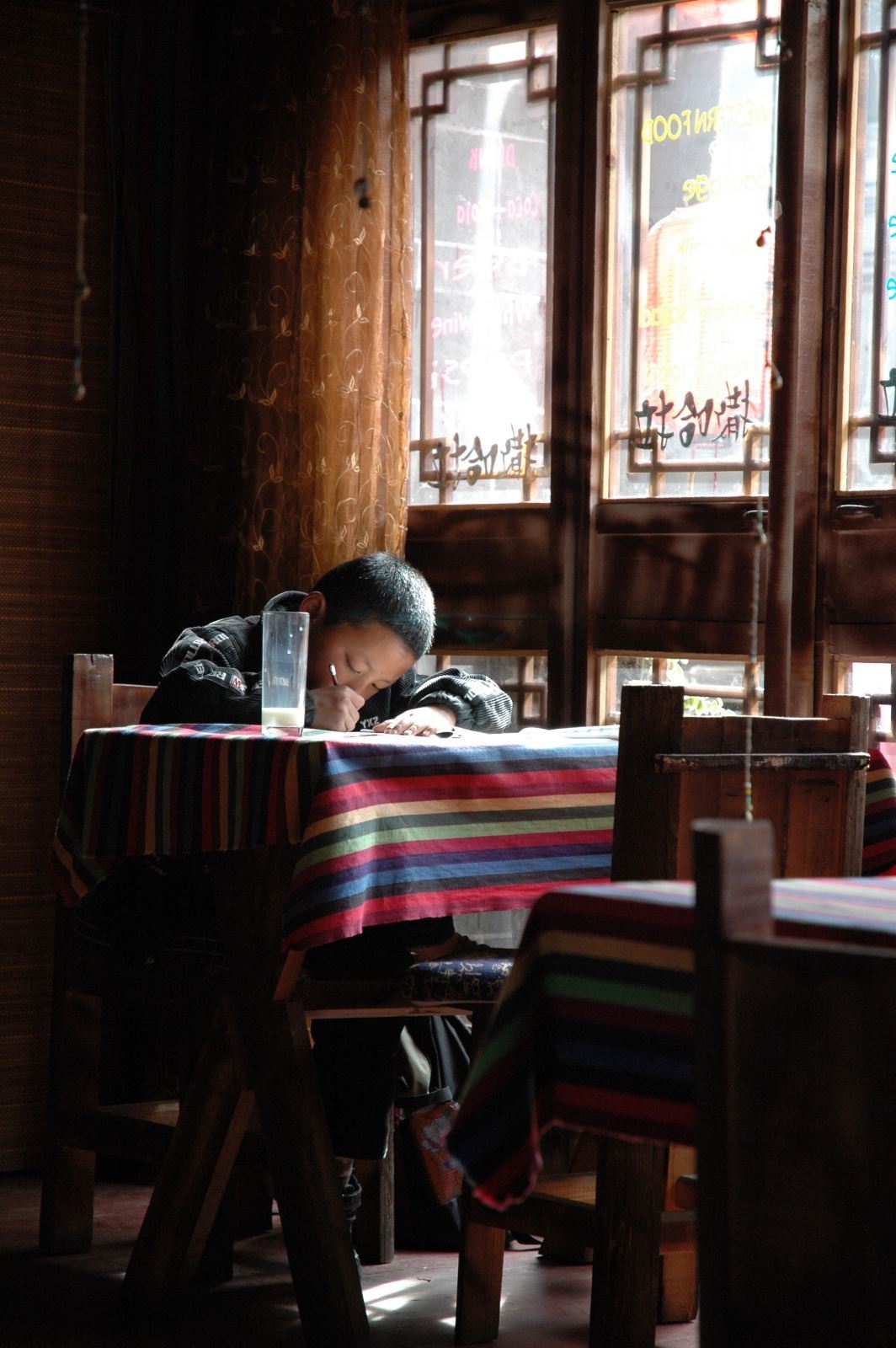 In the Family Cafe 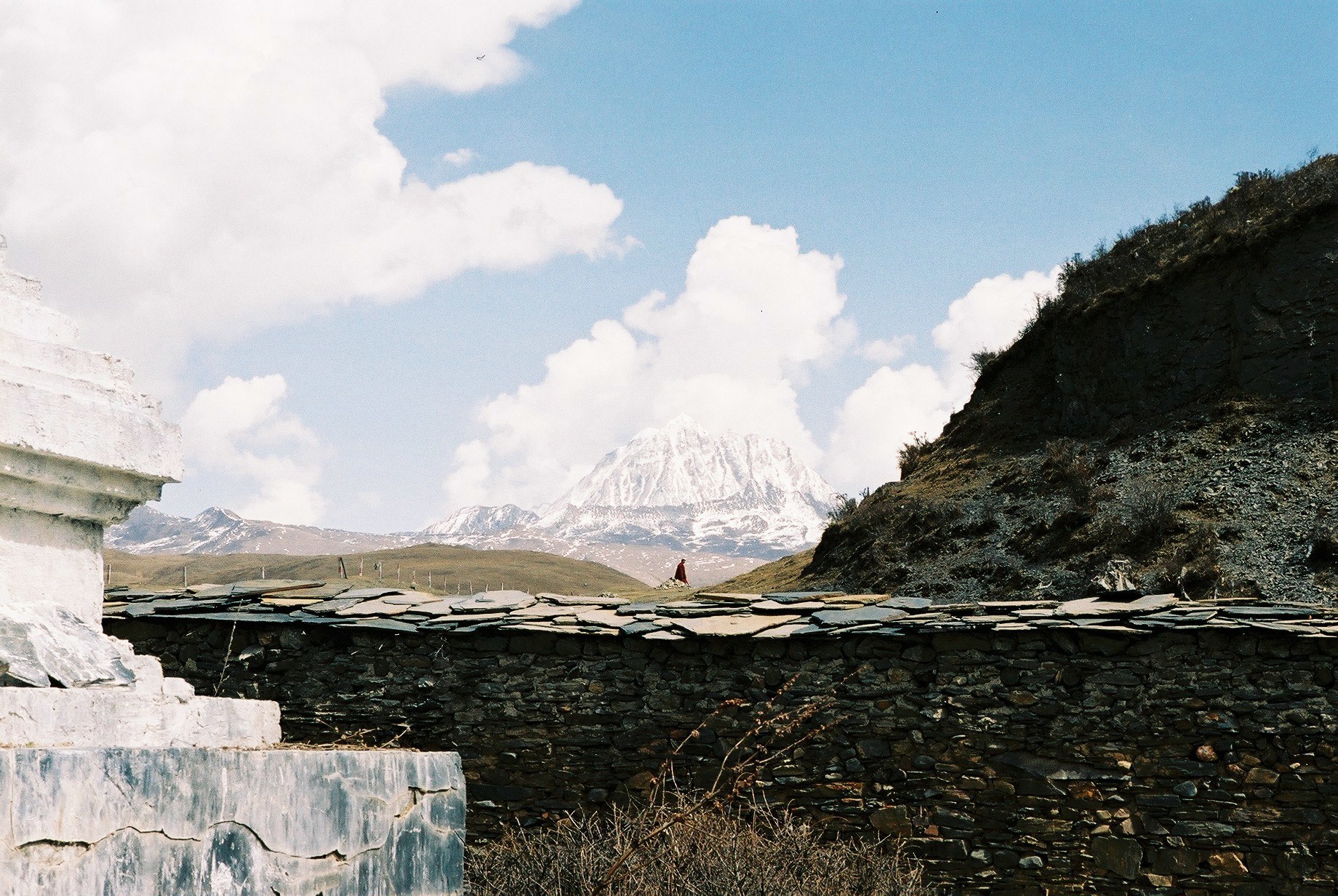 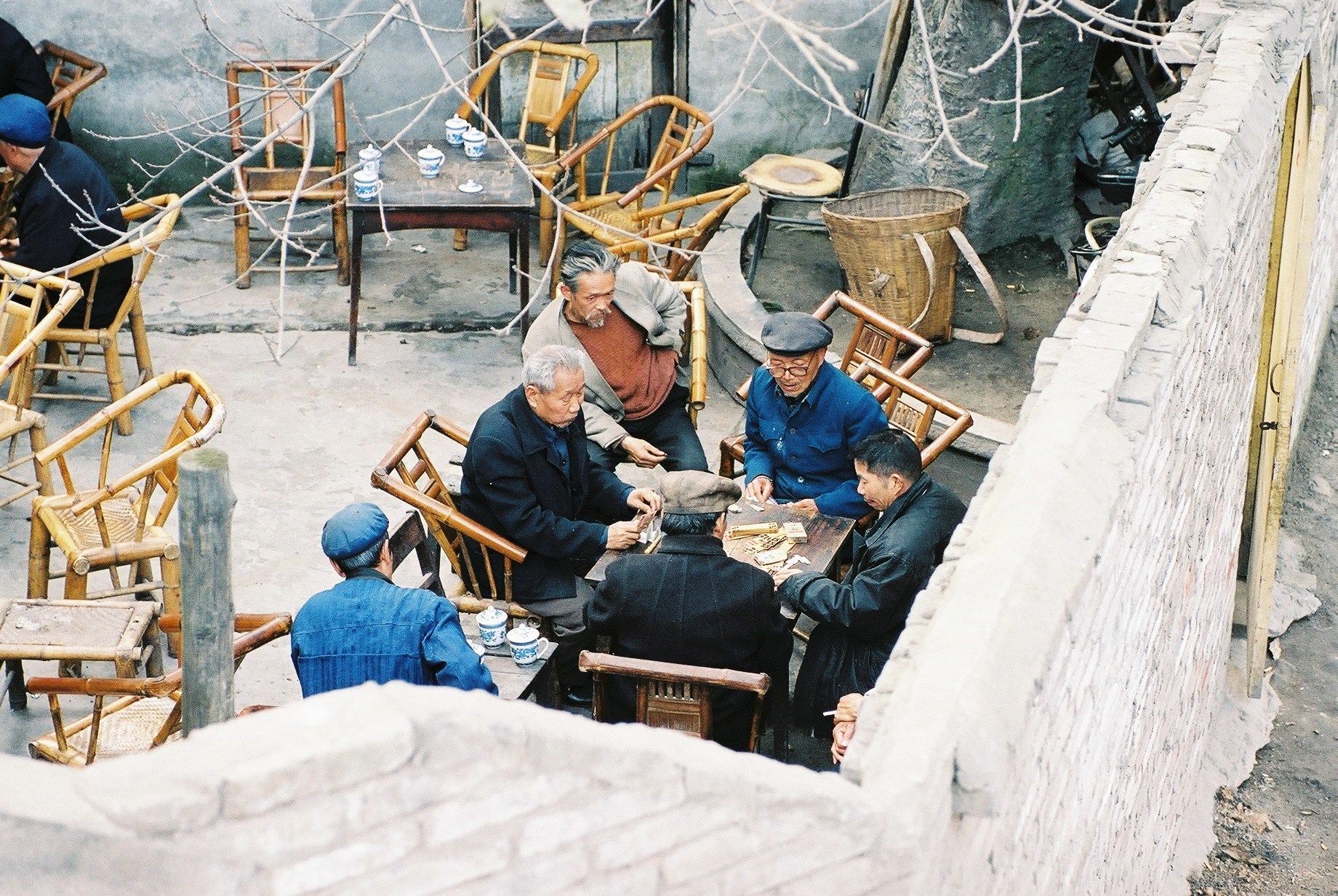 Tea in the Courtyard